Today my son Neil retires from the military. Army, National Guard, Reserves. Some 25 plus years ago, I was not happy that he joined, and I can say more than once I hung up on recruiters (any kind) when they called the house and asked for my boys. I had issues dating back to the My Lai Massacre, and who knows what all. Had I been a boy, my birth-date for the draft was the 5th one called, and my sister Michelle's was 6th. 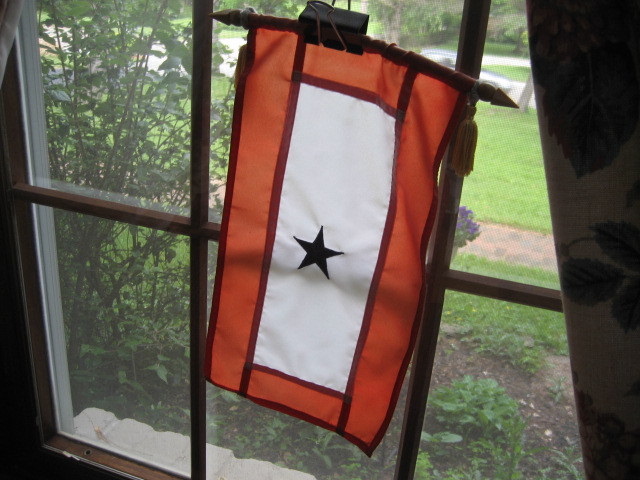 Years passed and I resigned myself to the idea pretty much, until January, 2003, when Neil's unit was called up to head to Iraq at the beginning of the war.  He spent 15 months with "boots on the ground". He was a lieutenant at the time and made captain on returning. I'm sure he has some stories I'll never know, but one I did hear involved an ambush from an overhead bridge, and his gun jamming and unable to return fire. Another story, tells of a comrade killed in a dust storm.

I couldn't comprehend the conditions there; driving in 140 degree heat with the air conditioning off and windows down so that they could be aware of any sound that was "unusual", climbing into a sweat soaked cot that someone just crawled out of, and hoping to sleep, drinking 13 liters of water a day and producing 'no pee', wearing dog collars so they wouldn't get sand fleas.

His job there was not to fight, it was to transport, and turn sludge into potable water. While  there, he saw Sadam's torn down palaces and statues, walked in the Euphrates River, and in the ruins of Abraham's stone abode. He came back. Changed. But, He. Came. Back.

I'll take my Blue Star Flag down tomorrow. It's faded and the stick is broken, glued and held together with a fat, black paper clip.  I'll miss it in my window. As disappointed as I was when he joined, as uneasy as I was when he left, I was So Proud. So Very Proud.

Two of my 5 boys joined the military.  Maybe it was to be all that they could be, or pay for college, or see the other side of the world.  I know they represented well, both their family and their country. Well done. 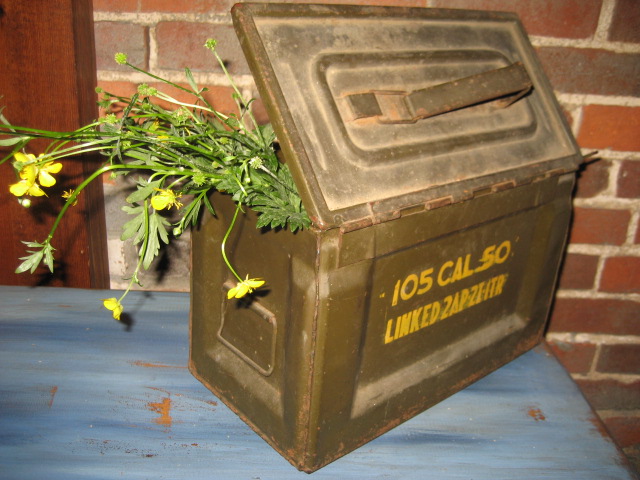 [This 50 caliber ammunition box I picked up in Columbia Station. The lady said it was her father's from the Korean War. Flowers/weeds courtesy of my garden.]

A couple of weeks ago, when Therese visited for the Communion, we made it to Habitat for Humanity's ReStore, and this was one of my (her) purchases. It cost $2.00 American money. Two hundred pennies. I saw in my head the bones of a really good shelf/coat rack/cubby hole thingy. Yes, it is sitting on my unfinished Boat For Sale sewing table. I promise it will be completed by next weekend. Sort of promise. 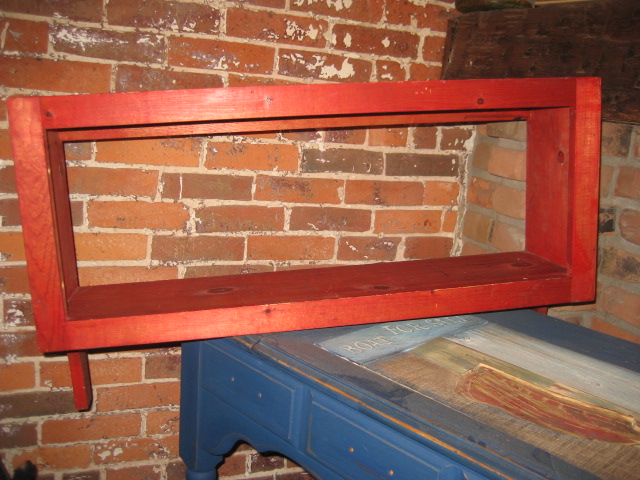 I picked up a 1x8 and sectioned off the cubbies and built the illusion of a finished top piece. 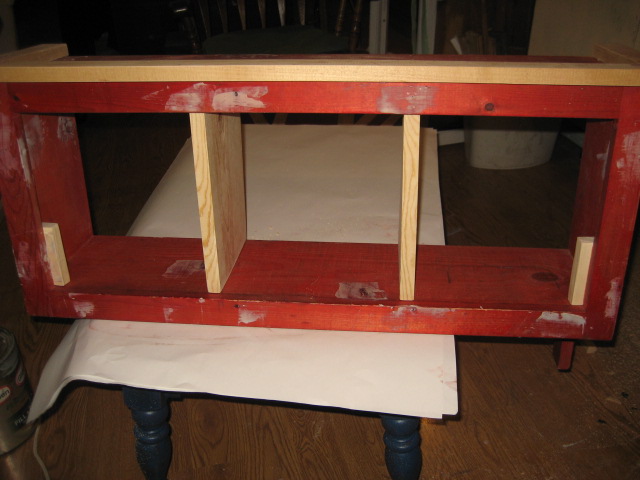 My inspiration for this was in Ana White's Handbuilt Home (shown). Next I patched all holes with Bondo. 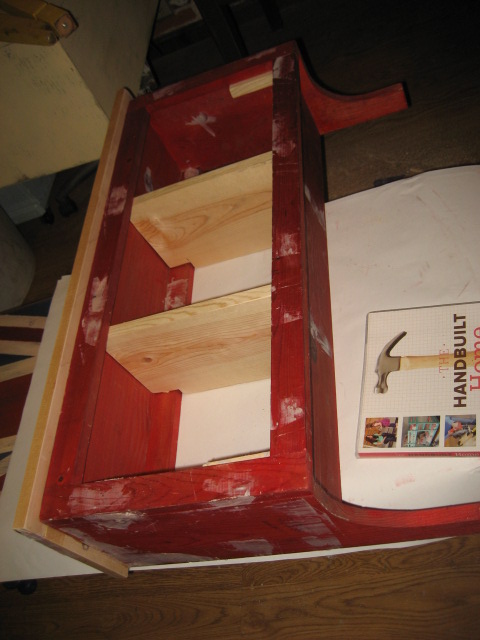 A couple of coats of Stealth Jet while watching Season 6 of Dexter. The reclaimed wood was from pallets I picked up from a factory in Cleveland. 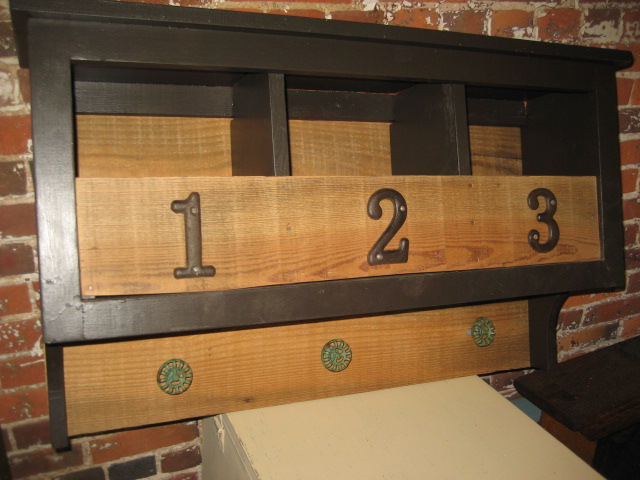 The wrought iron numbers and verdigris faucet handles were half price at Hobby Lobby. 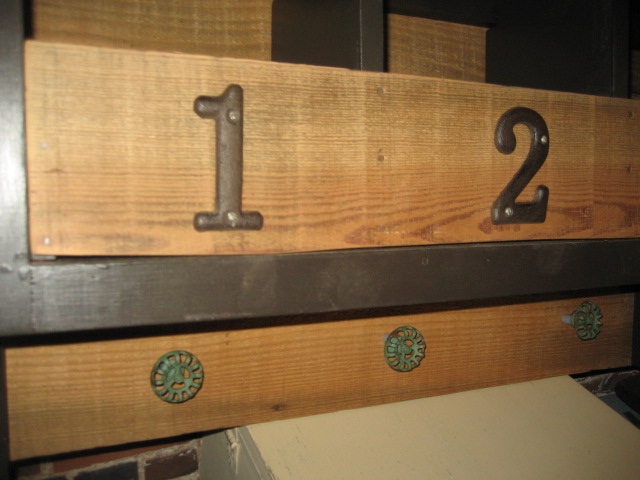 I wanted to extend the knob for hanging a jacket and was looking all over the house for some tubing to cover the long screw.  I found some plastic tubes that cover gutter spikes and cut them to size. Perfect. 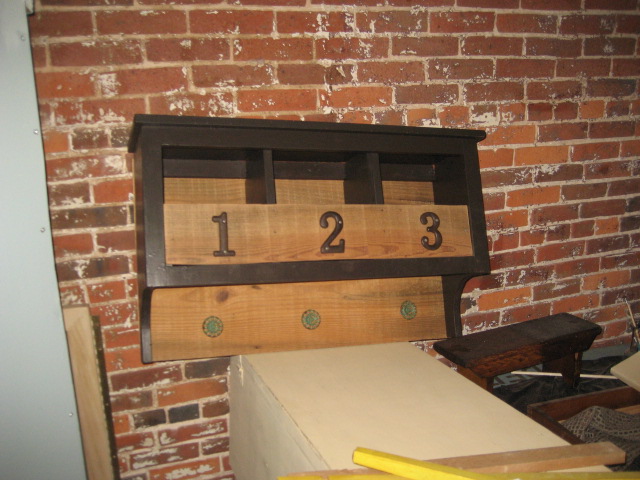 Pretty proud of this salvage. A similar one retails for $299.00 American money from Pottery Barn. I spent less than $10.  [No longer available]

My friend Sue comes through for me all the time. Just look at these treasures. Her father who was a dentist made these old camp boxes decades ago.  Wait til you see what they will become in future posts! 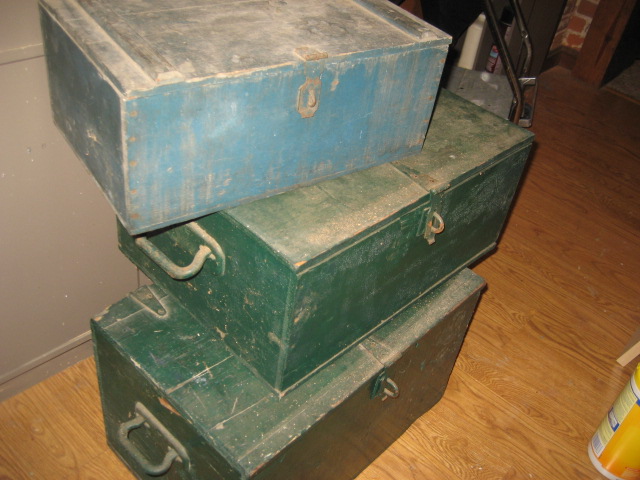 The blue one I just sort of scrubbed and oiled.  I'm always concerned about the thought of lead paint.  Not that anyone would be chewing on it, just taking precautions so that it can't flake off. 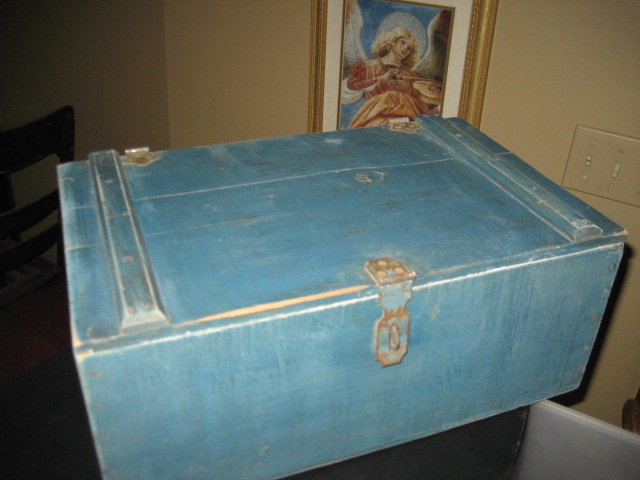 Not sure if blue is finished, just wanted to show you that I don't spend all my time napping. (I wish!) [Update: This box will be come a Memories Box for retiring kindergarten teacher and friend, Miss Lucarelli]

This table was a gift from Ken. It had sort of a wobbly chair rail-widow's walk fencing on both ends that had to go. I filled the small holes with Bondo and sanded well. 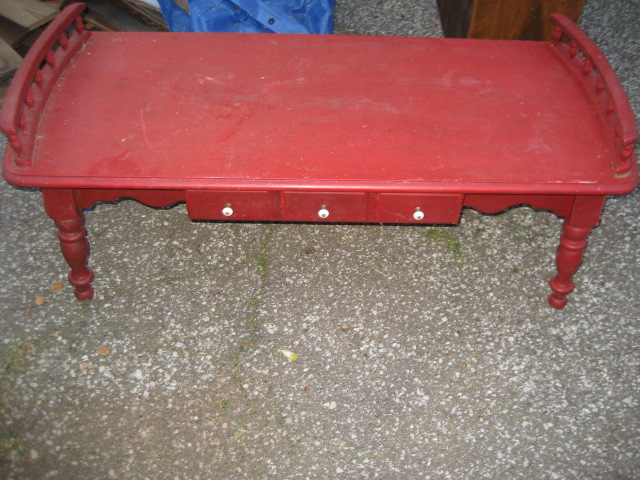 It really only said Union Jack to me, so I taped out the pattern.  It's not exact, like the dresser or my little wood flags, because of the elongated shape of the table.  There is a definite arrangement of the 4 red corner stripes that are not accurate on this project, but a lot closer than some I've seen and field conditions prevail. 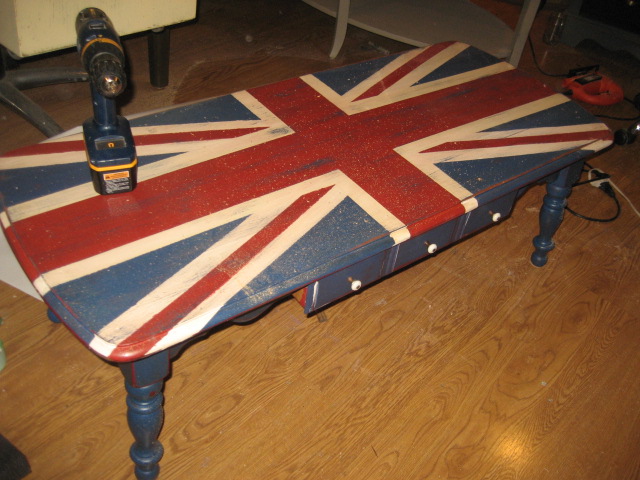 It's been sanded and distressed, glazed, but still needs a coat or two of poly and then will be heading for a little girl in Parma who LOVES One Direction!

I had a bat in my house the other night. At a very inopportune time. [Spoiler alert: The next few paragraphs are references to Dexter.] First of all, the DDK was about to get his due, secondly, I only had my crutch for defense, and third, well, this place is a minefield for having to chase anything that has the upper hand of being airborne. I recalled being a 3 or 4 year old living on a farm in Minnesota and sitting in a rocking chair on our porch. A bat flew in my hair and was pulling me off my seat.  My dad came to the rescue and hastened its demise with a baseball bat.  Having no access to a boat for burial at sea, we buried it under the barn.

I began to practice my high pitched sounds to drive him off. Maybe when he saw me pick up the electrified Harbor Freight bug exterminator he felt he should visit elsewhere. I left the front door open while I re-watched the episode.  He may have left because my screaming was even beyond his pitch. Perhaps he thought he was no match for my WSD (weapons of single destruction). But I think he realized that I entertain serial killers, and he definitely fit the 'code'.  I haven't seen him since.

Be back soon,
As ever,
La Verne
hope&salvage