Miss Lucarelli, How do I love you? Let me count the ways!

Let me start off by saying that anything I write will not do her justice. If you can picture an angel planted in our midst going about, doing good, quietly, and without seeking any recognition for herself-then you see her clearly. For those of you with spatial conjuring impairment, here is a photo in years' past, but does nothing to tell you what is in her soul. [Yes, I suck, all my photos of her taken with my kids are at my kid's houses] 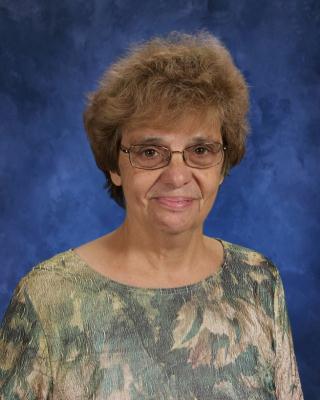 Mary Ann Lucarelli came to St. Albert's grade school some 33-34-35 years ago to teach Kindergarten and First Grade. She may have been the teacher of the 1st Kindergarten class. A bunch of my kids had her, and it's not fair to say which ones, because I AM THE OLD WOMAN WHO LIVED IN A SHOE. Back to Mary Ann...... It's hard to remember when I was first aware of her.  She had a strong sense of right and wrong. She had (still has in case you are thinking this is a eulogy) a passion for working with children, and a compassion for anyone in need. Her pockets could empty into your pockets with just a tear. And to her, Everyone was/is Special!  That for sure makes her saint-worthy. I can bad-mouth with the best of them-she never starts!

My reason for writing today is that she is retiring from St. Al's, not to golf or lay in the sun, but so she can rock babies at Providence House and Metro's NICU. And, so she can work with kids in the "City". How special is that?

Everyone has their stories about her, I can only tell you a few of mine. Years ago, when Lori Geyer and I had the Children's Choir at St. Albert's, we were singing at the 4:30 Mass on Christmas Eve. Earlier in the day, my husband said to me, "did you go grocery shopping yet?"  No, of course I had not! I had spent the previous week making and ironing 57 Kid's Choir Collars. He was scheduled to put in a hot water tank that day and then change at church for mass. He said if he didn't run into any problems, he would pick something up. Fast forward to after the mass. Howard, the kids, Miss Lucarelli and I are down in the choir room folding choir collars and he asks, "did you get to the store?" Same answer. Nope! [This was before the 24 hour Wal*Marts and the deli on every corner.]  Miss Lucarelli, overhearing our animated conversation said, "Don't you have anything to serve for Christmas Dinner?" I answered that the poor people have soup and we have soup, and that tonight I can take some frozen hot dog buns and broil them with leftover sauce from the Choir Christmas Party with some cheese for appetizers. She...was...stunned.  I told her not to fret, I who am not a 'shopper ahead-deep freeze in the basement person', would come up with something.

Later that evening, as I was defrosting the buns, AND, listening to my mother-in-law in the next room complaining about what she was going to be served that night and the next day, going on and on and on about "what good did it do me to spend all that time with the choir and not tend to things at home-nobody was doing good things for ME". Just then the doorbell rang and WHO was standing at my door in the form of the Christmas Angel? Mary Ann Lucarelli. She convinced the clerk at the Convenient Food Mart to sell her the last two chickens that were slated for the rotisserie. I cried. My mother-in-law shut up.

A few years later, my Andrew was in her Kindergarten class. It was an every other day, all day Kindergarten then, and on his 'off'days' he would go with Howard to work. They would install vanities and hot water tanks, put in gas lines. He was Daddy's right hand man. Then, 2 weeks before Christmas, his Daddy died. After the Christmas Break, what to do with Andrew on his "other" days when he was so used to being his Dad's productive helper.  There was 'NO DISCUSSION' on this topic. I had the baby to tend to and an estate to settle and Miss Lucarelli said, "Andrew is coming to school every day."  And he did.  Sometimes he sat with the other class and sometimes worked by himself. Today, Andrew is in Nuclear Medicine at the VA. Did Miss Lucarelli set a standard for him? For certain.

Miss Lucarelli did not have a family of her own, except the ones who raised her and loved her.  Her mother is still living on her own at 94.  But, she gave herself to all the families who needed her, the ones who gave a child or parent to heaven, or the ones who try to make heaven on earth for children on a short journey. She has readied all the North Royalton kids for the Eucharist these past decades and had absolute joy in doing it.

At 50 years of teaching, she is now traveling on a different path-one no less important and with perhaps more immediate need. She has earned the privilege of cuddling and rocking the littlest ones amongst us who need nurturing and nuzzling. God speed, Mary Ann, you are an Angel Among Us.

PS. The Blue Box I was wondering what to do with? I refinished it again and Lynn, in her special way, scripted, "Mary Ann's memories" on it.  Miss Lucarelli won't have time to stuff picture albums, but, she can toss them in the box for a later time; and maybe, she has no need for it at all, she has a big enough heart to carry us with her all the time.