...is one of my favorite modes of transportation.  My paternal grandfather painted for the _____&_____ railroad. That probably looks like I'm trying to be mysterious, but I'm about as mysterious as an Elvis impersonator in Las Vegas. Truth is, I DON'T KNOW WHICH ONE. One of the ones that went east and west. And, north and south. I remember falling asleep to the 'clickety-clack, clickety-clack' and thinking, "this is just about heaven".  A turning point in my life of crime was when I was in the 8th grade and our scout troop took the train to Chicago from St. Paul. Other memorable trips were to Long Island; and taking the boys to visit Neil and Brigitte in Chicago from Cleveland, in the winter, The exterior doors were iced OPEN and we froze.

Trains anymore get a bum wrap, as in "look at that train wreck!" usually referring to a wild person on a downward spiral. Tonight's Train is the musical group and their funny rendition of 50 Ways to Say Goodbye. Pat Monahan, the lead singer, tries to explain away his girl friend's leaving him by making up ways that she died, as in..."met a shark under water....got run over by a crappy purple Scion." Give a listen/WATCH.

The reason I bring this up is, someone was supposed to come and look at a piece I had on Craigslist today.
And...didn't...show...up! I would hate to think this person rude for not calling, so, instead, I played this song, and thought up all the reasons she could have had for not appearing. Maybe she fell in a cement mixer full of quicksand, or was eaten by a lion..what other reason could there be?

I read a book last night while shepherding the River kids. Okay, it was a pre-junior high book, but I did it in one sitting. Uh, laying, while catching up on taped Modern Family, and watching the middle to end of Tangled. Had to keep busy-I'm used to working with my hands over there. While I was there, Alisa loaded a corner cabinet into the van, next to to claw foot oak table I am restoring for my brother. I had a special rush table-top redo this morning while breakfasting with Angie, Pete and the little twinks. After they headed out, and the C'list person didn't show, I started on the corner cabinet.  When I start a piece, I don't always know the direction it is going.  Sometimes, I just start sanding and something "clicks". Not sure what this was used for in its previous life, but right away it started becoming a corner cabinet for a bathroom. Maybe even a French bathroom. It clearly can still take a stencil..."serviette de bain". This piece is on track to go right away. 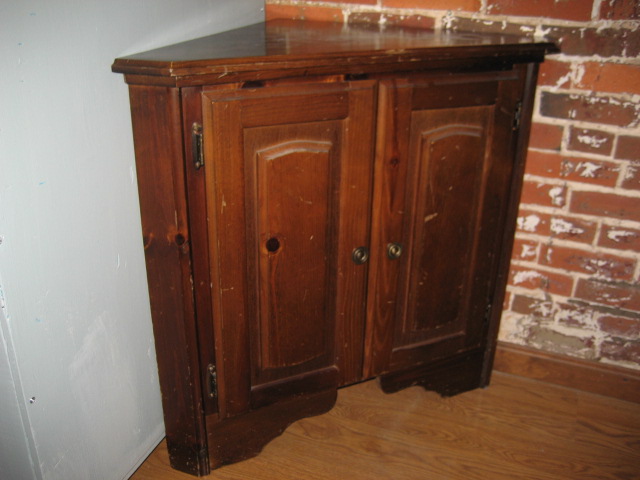 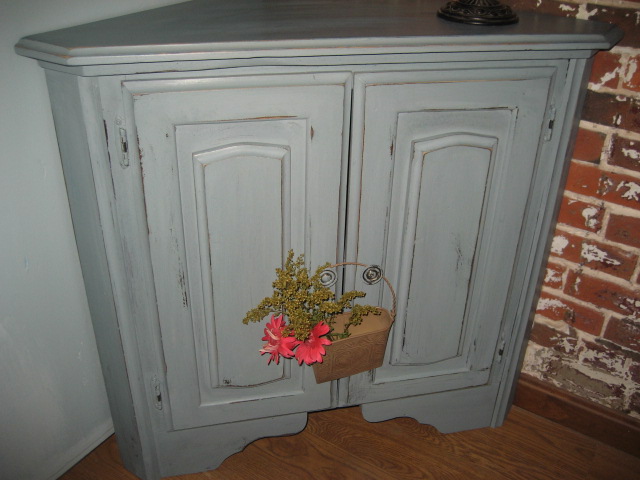 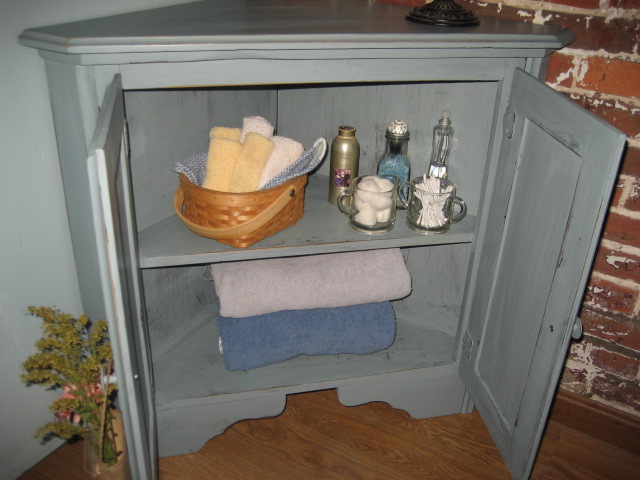 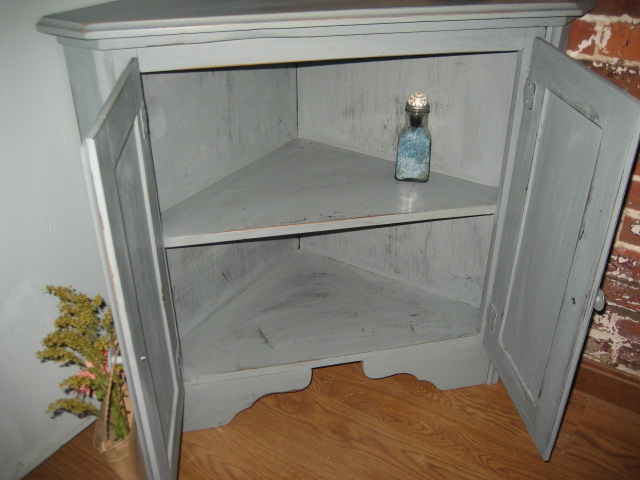 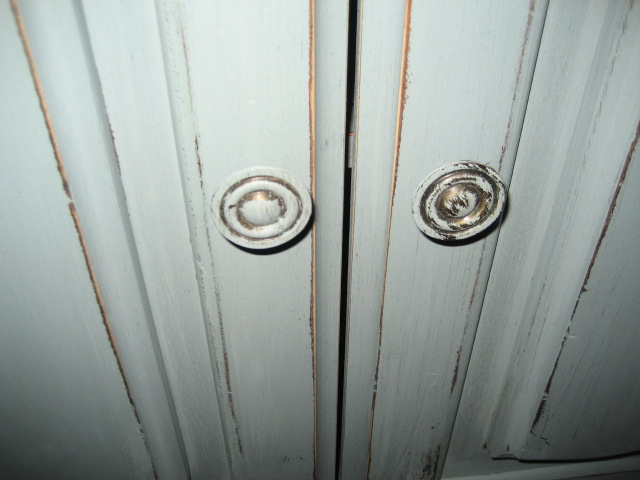 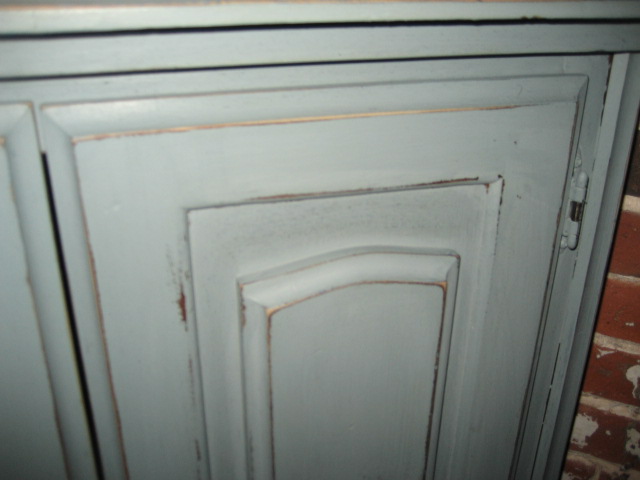 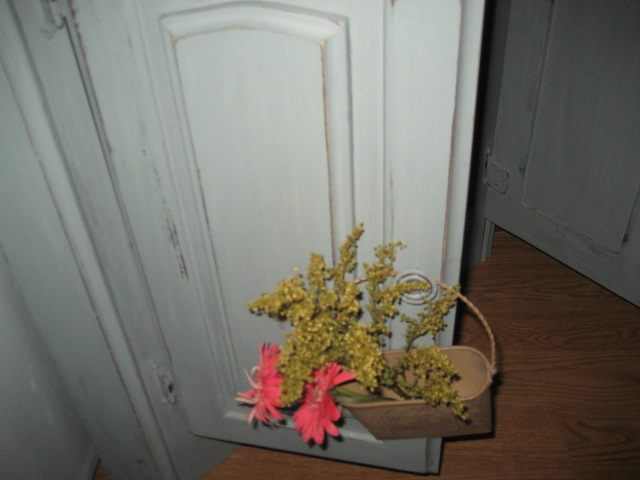 s'il vous plaît acheter cette chose
~.~.~.~.~
Because I am unschooled in the mechanics of borrowed technical appliances, I have taken some videos, accidentally. The first, is Friday night at the mall with the kiddos. I never go to the mall on purpose or accidentally, and yet, here I am shooting this accidental video of children happy, and none-too, to be there.  There was an episode of painting pricey greenware and then killing time for it to dry.  For Little "G" 8:00 is his midnight and he promptly melted into a "pumpkin".

Sneak peak at something I'm creating that should be finished in the next few days. Again, accidental appliance malfunction.

Speaking before of the Columbus folks, Angie was saying that Little Miss sneaks/slinks into their bed ever so quietly in the middle of the night.  She makes the walk with her head down, ever so stealthily. Kids!