Once upon a time, (in the last century) when the important and the wealthy were the only folks who carried (or even knew of) mobile phones; the rest of us were content with our land lines, and felt extra privileged if we had an extension. Well, back in those days, my husband used to call me about twice a day, and that took some doing. The early call was at lunchtime if I didn't pack his black rusty lunch pail because the guys were all going out to lunch. If there was no WC (water closet) on the construction job, the first call would be made earlier from a pay phone at the nearest gas station. The late call was generally a few minutes after he picked up his tools,  left the job for the day, and was heading home. It centered around whether we had milk or bread, and who needed picking up and where. Oftentimes, he would start the conversation singing...
"I Just Called to Say I Love You"
....and...I...would...smile... 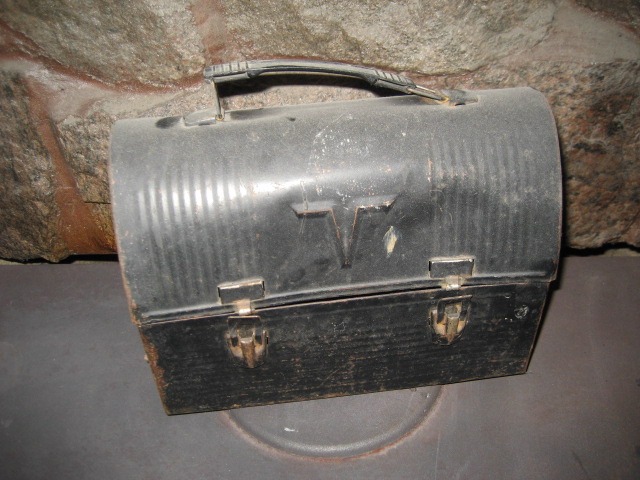 Howard was always a great and thoughtful gift giver.  Among the many birthday gifts to me were; a red bike, a guitar, a red van.  Four months after he died, I was (not) having "just another ordinary (birth)day." I got the boy off to Donna's house, gathered my school books and was headed to Tri-C muttering, "this day sucks". On the 2 mile trek I thought, "all I want for my birthday is a conversation with my husband". Just then this song came on the radio...."I Just Called to Say I Love You". I blubbered, singing along, and when it was over, challenged God (as I am known to do), "If this is it-if this is all I'm going to get-then I'm going to hear it again". And, with a defiant flip of the hand, clicked on a random radio station. And, there it was...the familiar synthesizer and snare drum intro and Howard singing to me in Stevie Wonder's voice, "I Just Called to Say I Love You".....

I can honestly say no other song can reduce me like this one. I'm not often asked for advice about weddings except if it has to do with alterations or making garments, which I'm good at but do not like to do. AT ALL. It's all about:  the bride, the dress, the church, the hall, the cake, the DJ, the food, the flowers, the photog. Never about the MOG. Which is as it should be. Well, when Neil and Brigitte got married in the city Mitt wanted to go bankrupt, nothing much was asked of me. Show up. Sit here. More than fine with me. Better than fine. (Not jesting here. Really.) They did ask if I had any requests for songs. I did. Just one. No Problem-it's on the playlist.  Comes the day. Not a hitch except Paddy losing his cookies right at the vows. Little tux out. Red sweater in. Comes the night. Great.  Comes the Mother-Son dance.....Neil heads towards me trying to say something as the DJ is intro'ing the SONG. I'm thinking, "Pipe down, I want all this to be in my permanent file.  Every ounce of it." Then starts.....some song I never the hell heard of ! *%#*&*@%!  As we start dancing Neil explains that the DJ thought he had it, but, NO. What to do?  I became Momzilla. I'm crying, going off on Neil, "I held you to a higher standard!" Wha? What was I saying.  It was just a song!  But, here I was, the one thing I got to do in this whole event, and someone comes in and usurps my part! [Look it up in the 'U' book] And, his dad's part. Not a glimmer of his existence! Those were sad photos. MOG with head buried in G's shoulder....this must be some special song! At the conclusion of that song, I...was...absent.  Brother-in-law, Jack who does not like any kind of confrontation is seen exiting the hall. Fast. What have I brought on with my childish reaction?  Several dance tunes later while ensconced in the rest room trying to make a new face, I exit and Neil is at the door.  The DJ, in a conciliatory tone is announcing that there is to be another Mother-Son dance, this time with the RIGHT selection. [Jack had strong-armed a record store manager who was closing, into selling him a CD of the song! Jack, however much it cost you-I owe you!]

As we started dancing, the family immediately formed a circle around us of some thirty or so and closed ranks. The photographer sensed something remarkable was happening and headed for the circle.  Neil shot his hand up to block the shot and said, "This is a private family moment!"  See, I told you I held him to a higher standard.

So it turns out Howard did show up, in the song, in the man that his son had/has become. All's well that end's well (Happy Birthday, Will). [Look it up, it's in the "S" book] 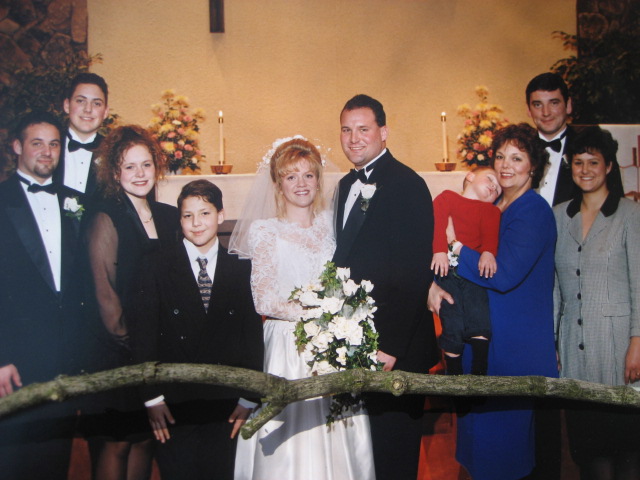 [Stick courtesy of the front steps. Had to place it on photo to keep it from blowing away while I took pic. Stands for "Stick together".] 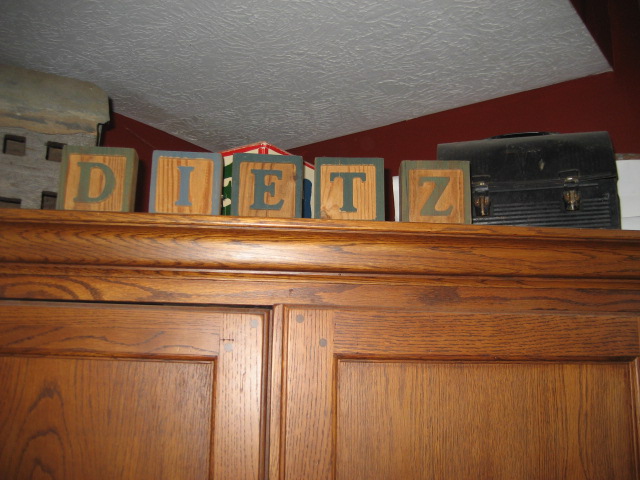 With love from the Dietz Family, here, up there, and everywhere....