From start to (it's not over yet) finish it's been GOGOGOGOGOGO... I was heading to the Medina Airport to pick up sister, Cheryl and husband Mike, who were flying in from West By God.  When I say flying in, I mean, coming in on their recreational vehicle,  hand on the controls, constantly checking weather, filing a flight plan, gassing up, tying down, making sure the intake panels are covered and wheels chocked. Who knew Medina had 2 airports and I had Googled the wrong one. 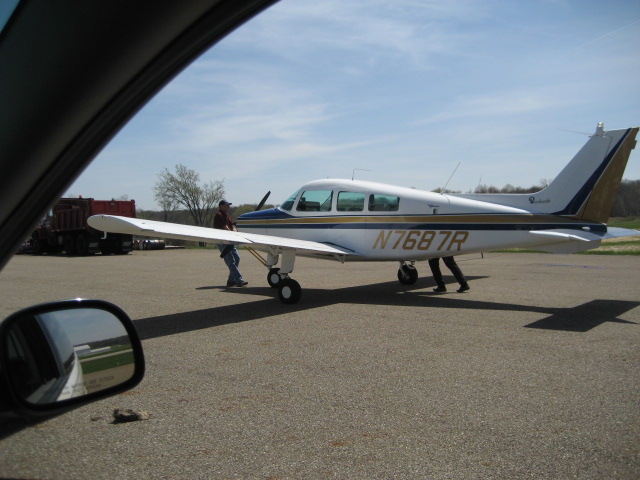 Their grandson made his First Communion, so church and party time.  Beautiful event. 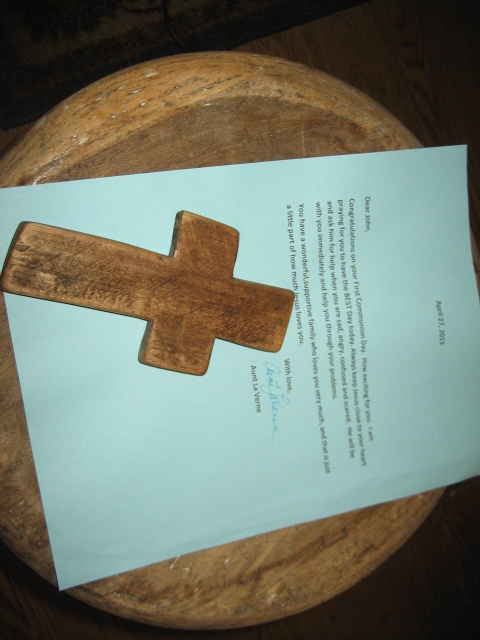 They only had a short window to fly back as a storm was heading in from Kansas. Half an hour after they landed, their airport was closed due to fog.

There is a missing photo here, because it wasn't taken, but, Jen, Andrew and the Jake came over to rake and cut grass after the Communion. There had to have been close to 20 of those large Kraft bags filled with yard waste at my curb.  Jacob's job was to pick up all the pine cones from the border pines and put them in his little cart. He had to have picked up a hundred. Then one by one emptied his cart into the bigger cart. He was a cute little muddy mess. 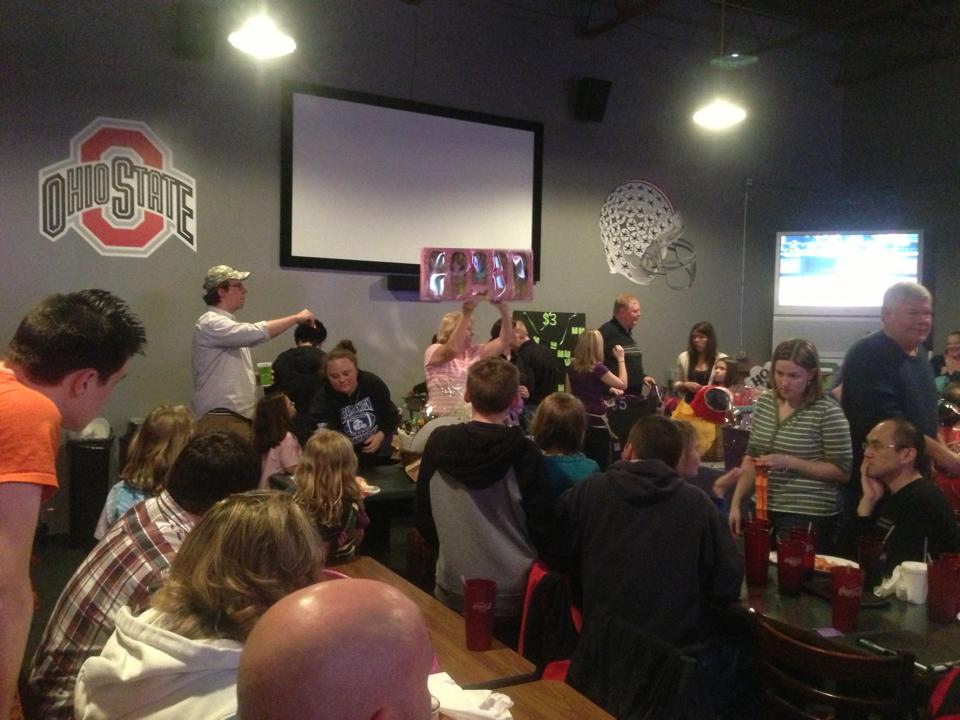 Speaking of...Bethany (below) loading salvaged wood into the van for me. It was raining and we had to watch for nails everywhere. The other photo is on a relaxing day holding one of our many newborns. It's either Emilia, Grant, Jacob or Adam. As a grandmother, I suck. They are all beautiful and all look alike.  They are related you know. 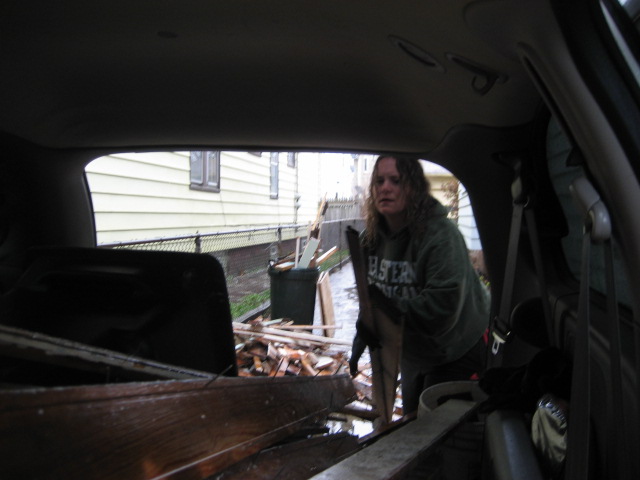 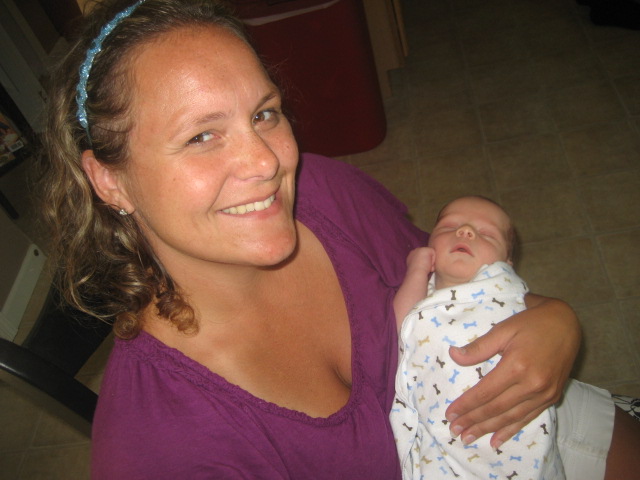 This photo is of the little kneeler-footstool I snagged from Restore last week.  I only had a fraction of a second to work on it, but wanted to see what was underneath the carpet. No serious sins. 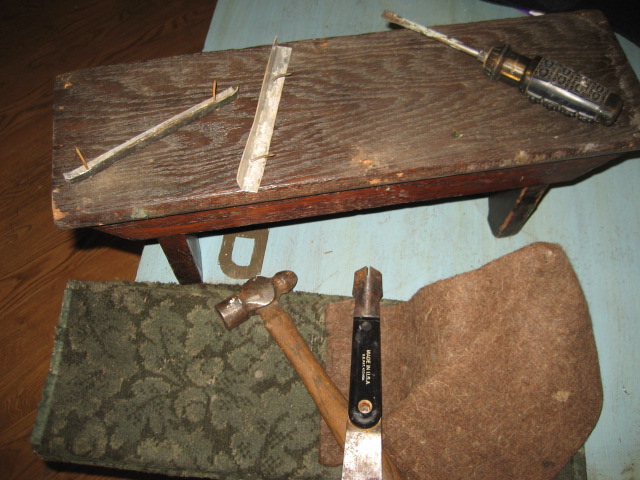 An ever so quick rub with steel wool and acetone showed some pretty, aged oak wood. I feel I should still give it some padding and upholstery fabric instead of leaving it naked. This is begging for someone's grandmother's tapestry to put on it.   Hope the rest of the wood is as nice. 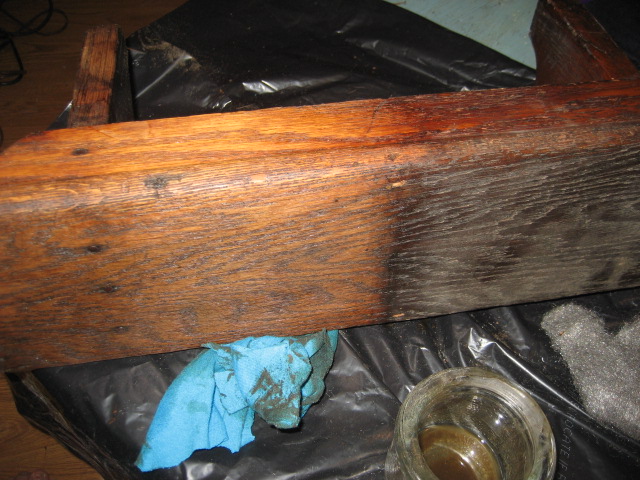 I have a couple of pieces coming up that I hope to match to this antique piece of my friend, Gloria's.  We'll see if I am the crafts person I think I am. 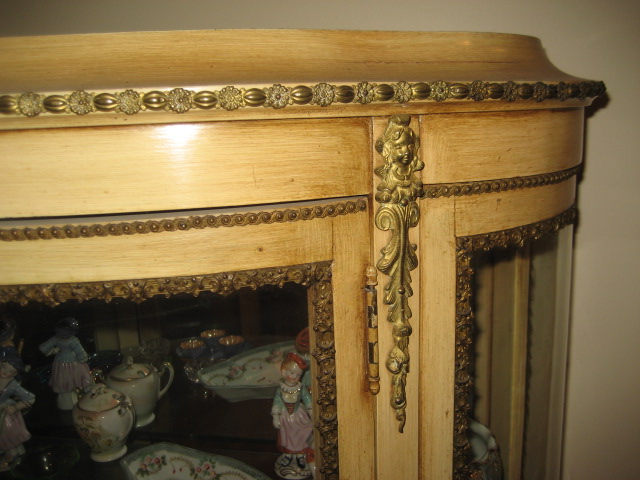 My favorite sander bit the dust the other day.  It was only a year old, but hard to find as it is an older model that big box stores have long emptied their shelves of.  I may have to find a back roads Ace Hardware to replace it. 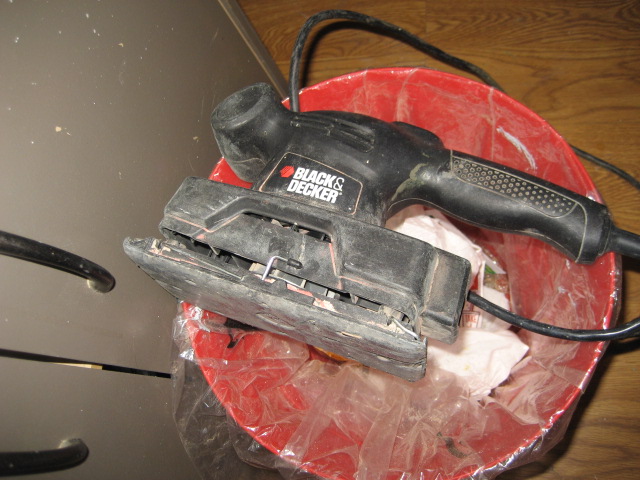 The last of the prom dresses will get completed and handed off tomorrow-then back to restoration. I work from the bottom up, and the shiny skirt is hem # 6 on this gown. 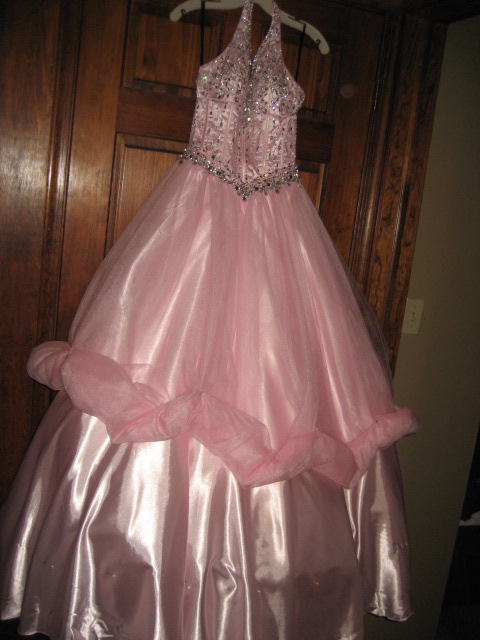 It is only 8 something, but I watched kids last night, and after school, and lifted and carried and tugged and sawed and wheeled and cooked and toted for the last several days, and I am SHOT-in a good sort of way (meaning not bleeding). My knees are screaming and pretty soon my "walkin' won't be workin' " Having some hot chocolate and turning in.................

Oh, and those of you that were looking for a Sunday song, will have to settle for a Monday song instead.

As a nod to my siblings and children, a little memory of Mom. As she would rock us to sleep she would sing George Gershwin's Summertime and we were slumbering big time (in no time).  I did the same for my kids and some of my grands.  Looking forward to a time when the living' is easy (er)! Here is a little Sam Cooke.