Drat, I mailed my glasses

Last night, I was at the North Royalton Post Office at closing time.  I mean, AT CLOSING TIME.  5:00 on the button. The sentry was already posted to unlock the door and let people out, one by one, as they left, but not cast a glance at the outside of the door, as though those people do not exist. I had a letter that needed to be weighed, and I needed stamps, neither which of those services is available OUTSIDE of the locked door after hours. I could have gone to a number of PO's but chose my hometown, thinking Global, but acting Local.

Fast forward, because I couldn't buy stamps, I peeled out my checkbook and over-guesstimated that my last 4 stamps would be appropriate. I had my cane in one hand, my purse across my chest, and my envelopes and glasses in the other hand that I tossed in the stamped mail bin.  YIKES, I just threw my glasses in the mail bin!  BUT, it was CLOSING TIME, and the sentry was not being paid to see people on the OUTSIDE of the door!

I called the NRPO this morning to see if they had found them. They weren't even sure if the mail had been collected, but they gave me the number to a Mr. Cary Eady's office, which comes under the heading of "Loose in Mail". Mr. Eady must have been pretty busy today, because he didn't get a chance to return my calls, so I drove down to the Main Post Office to see if they could be located.  The nice lady that sold me the stamps (remember I used them all up last night) tried calling 3 numbers to check on the glasses' status, but couldn't get anyone to answer.  She advised that this was pretty early in the investigation to actually put one's hands on the glasses that could have been back in my hands last night. But, protocol is protocol.  Fortunately, I had an old scratched up, stretched out pair that would qualify as prescription lenses in case I get stopped by the po-po.

Good News! I finished a set of dining room arm chairs that turned out pretty sweet.  Here are the BEFORE pictures. 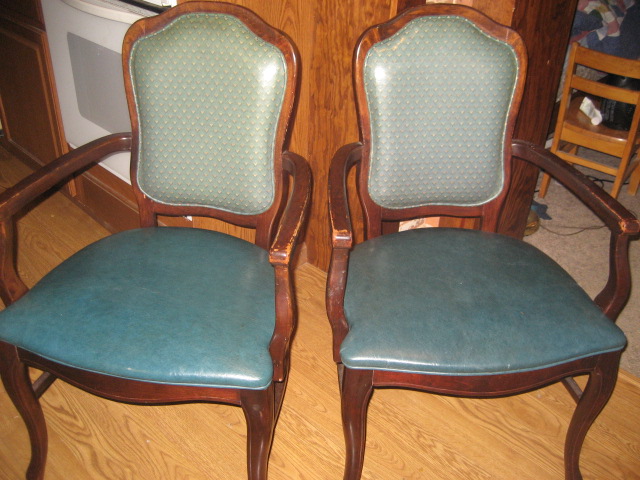 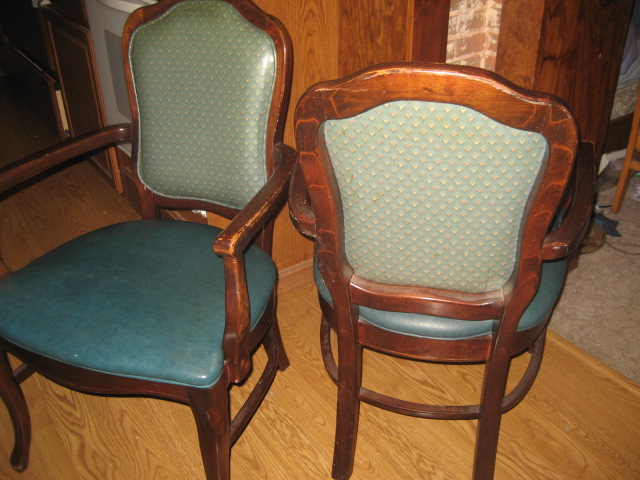 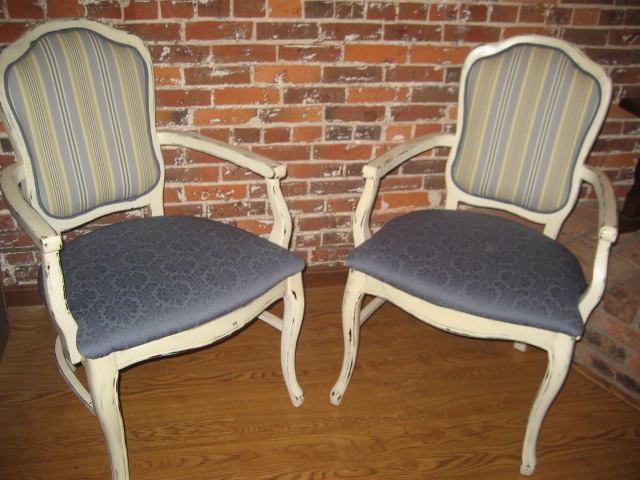 Slate blue welting front and back. 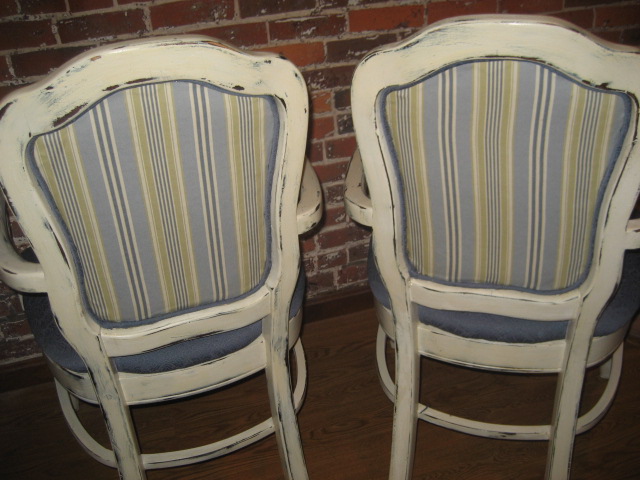 Commissioned pieces.  Not for sale. 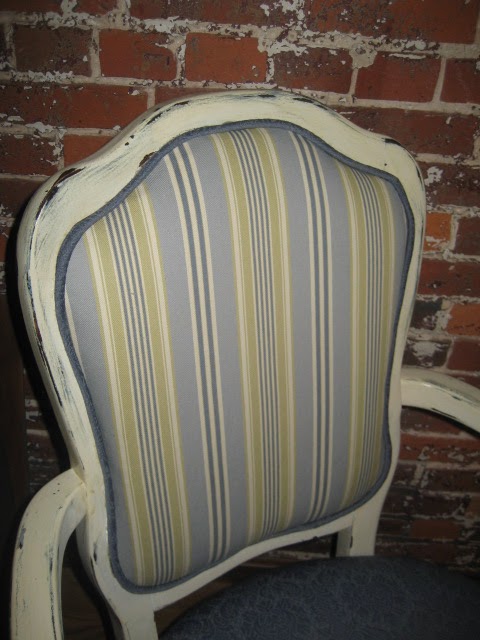 I wish I had a camera that would zoom in for a better look at the finish and the fabric.

Next project is a re-do on another coffee table. I have 2 delightful BEFORE photos: 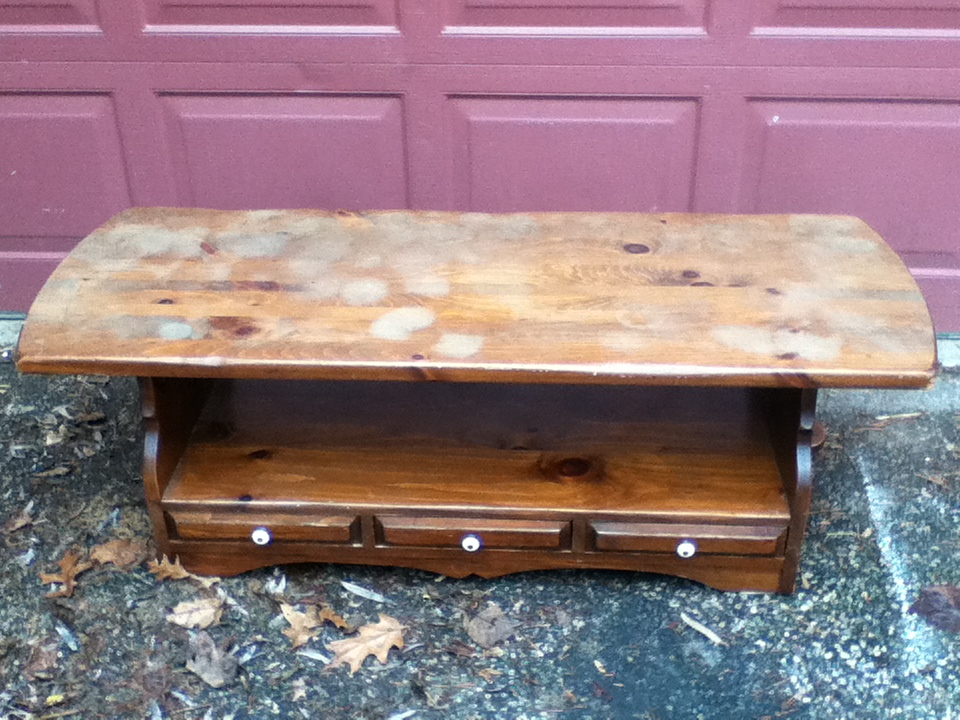 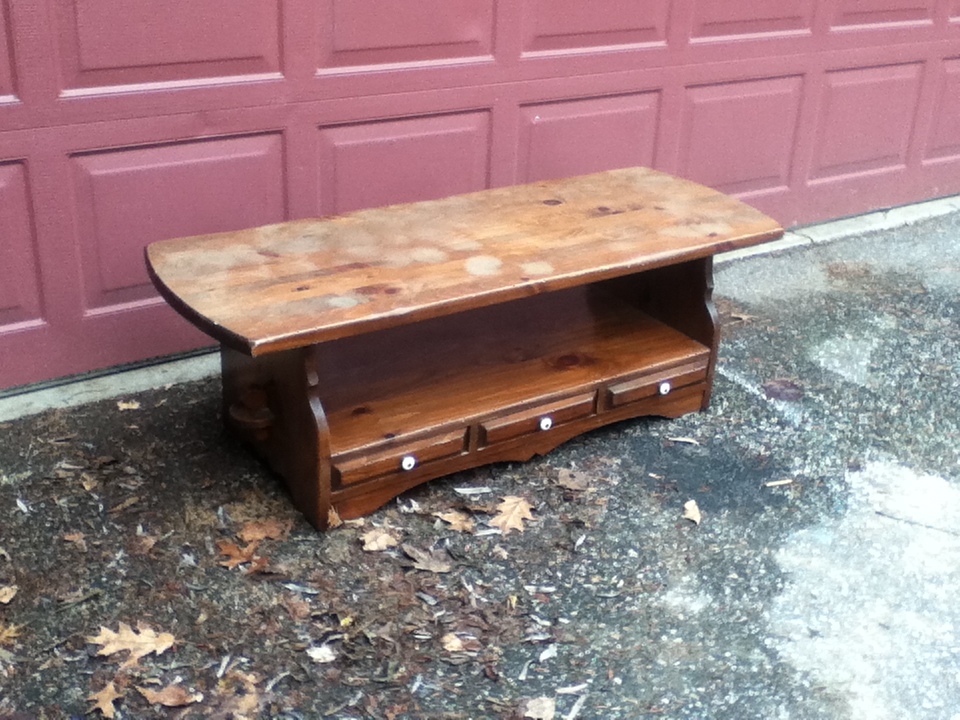 And, an in-between picture, when I thought the piece was going to be mustard color. 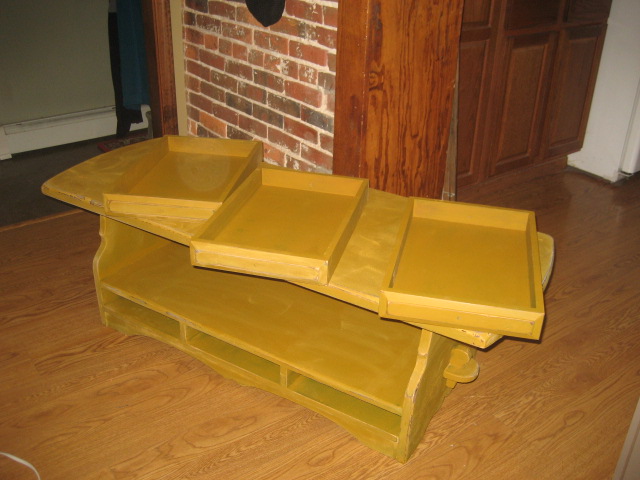 By Friday, it should be a luxurious color of distressed Beluga.

Monday, Inauguration Day, my sister Therese of Baltimore, and cousins Kathleen and Larry from New York, were in attendance for our family.  Here is her account:

"There is a lot to tell.  We did pretty good getting into Union Station on the Metro.  We left my house at 8so we missed the crowds.  We walked a mile by Larry's estimation to the Longworth Bldg, for a reception.  Same food from last time.  I mean the same food.  Rick had been there but we didn't get to see him or any family.  We had tickets with seats in the blue section, so it was an adventure getting to our spot.  We got there just as the program started.  It wasn't too long or too cold.  The crowd was in a celebratory mood that was pleasant and positive.  James Taylor sang and played "Oh Beautiful.."  Very mellow.  The president spoke well and crowd cheered except for one fool who kept ranting about abortion and who knows what.  He kept on long enough to be annoying.  We couldn't see him and I think he was far enough back so I'm hoping the president didn't hear him.  I thought it was disrespectful to the hundreds of thousands of people who made great efforts to be there.  We saw several elderly and disabled people using walkers and canes and wheelchairs.  He finally stopped after the band drowned him out.

We left during the poetry reading per Larry, and because all of us were hungry.  Note to all:  No eating establishments in walking distance to be found. We got directed to Union Station but the wait was one and a half hours and the food court seating was packed.  Kids were sitting on the floor with their pizza slices. We finally decided to get a cab and have them drive us to a restaurant.  No empty cabs.  We finally found a Quiznos, where we could sit.  The have a prime rib sandwich, by the way.  Then we took a long cab ride in a circle to the McGrann's, of which we did not know the house number, only the street name. The cabbie was pleasant and he finally got us there.  Traffic was inching along and some streets were closed so it was expected.  Cinni had a great spread again, and half the people.  We sat by the fire again and had a great time telling more stories.  We stayed a little longer than we would have, waiting for Rick so that Larry could get his knife back from the swearing-in. But he gave up.  Al Franken was there when we got there.  I spotted him right away as he was standing by the beverage table.  Larry was the one who went up and asked for the photo op.  He was very cordial, and it was quick and painless.  I didn't say anything about Stuart, just nice to meet you.  So that's all that it was.

We saw the guy Andrew who helped with the fire last time. We were asking around for somebody who might know how to get a cab. He said he was leaving too and going our way, so we could ride with him in his Town Car. The first time I ever had a driver named Thomas, or any driver for that matter. We went to Union Station in style.

We had a great time together, but I can watch it on TV next time."

That's all for tonight folks.