What do Etta James and me have in common?  We're both singing "At Last".  The "Jack' is finally done. Just in time for the close of the Olympic [year] of the London Games. Working on it (both times) was an exercise in patience and measuring.  I would be useless as a scientist.  Without further ado. "Mr. Jack." 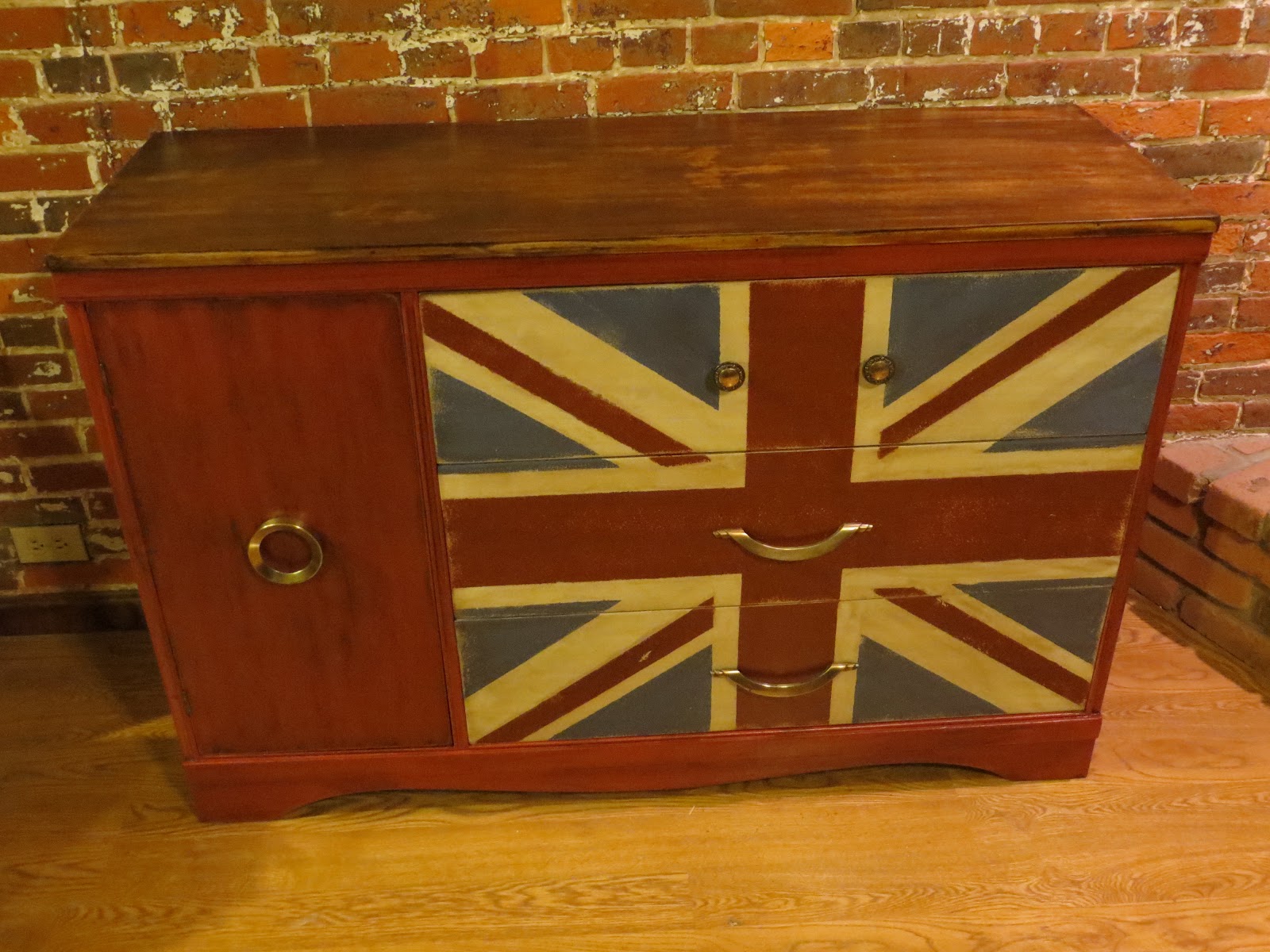 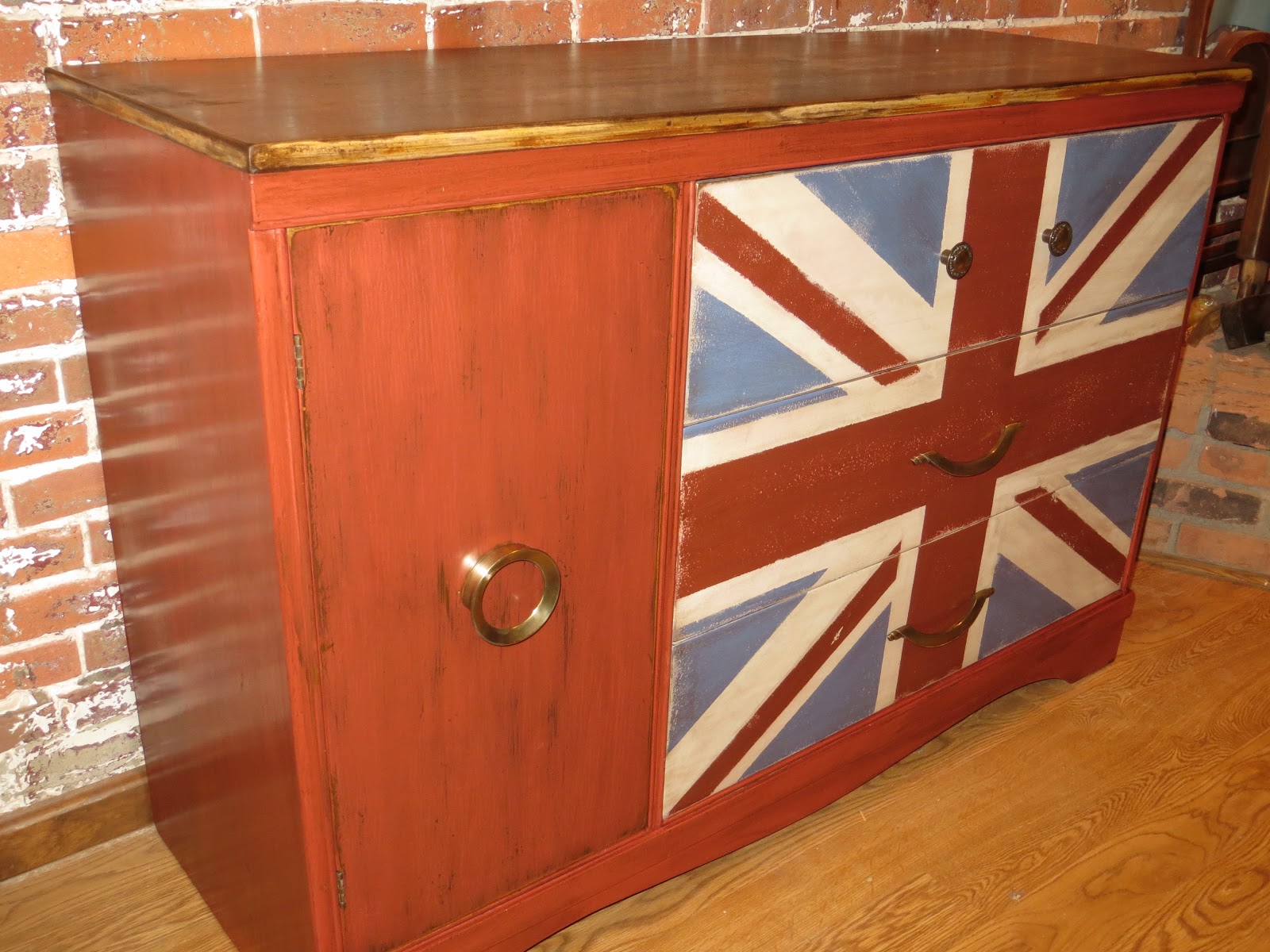 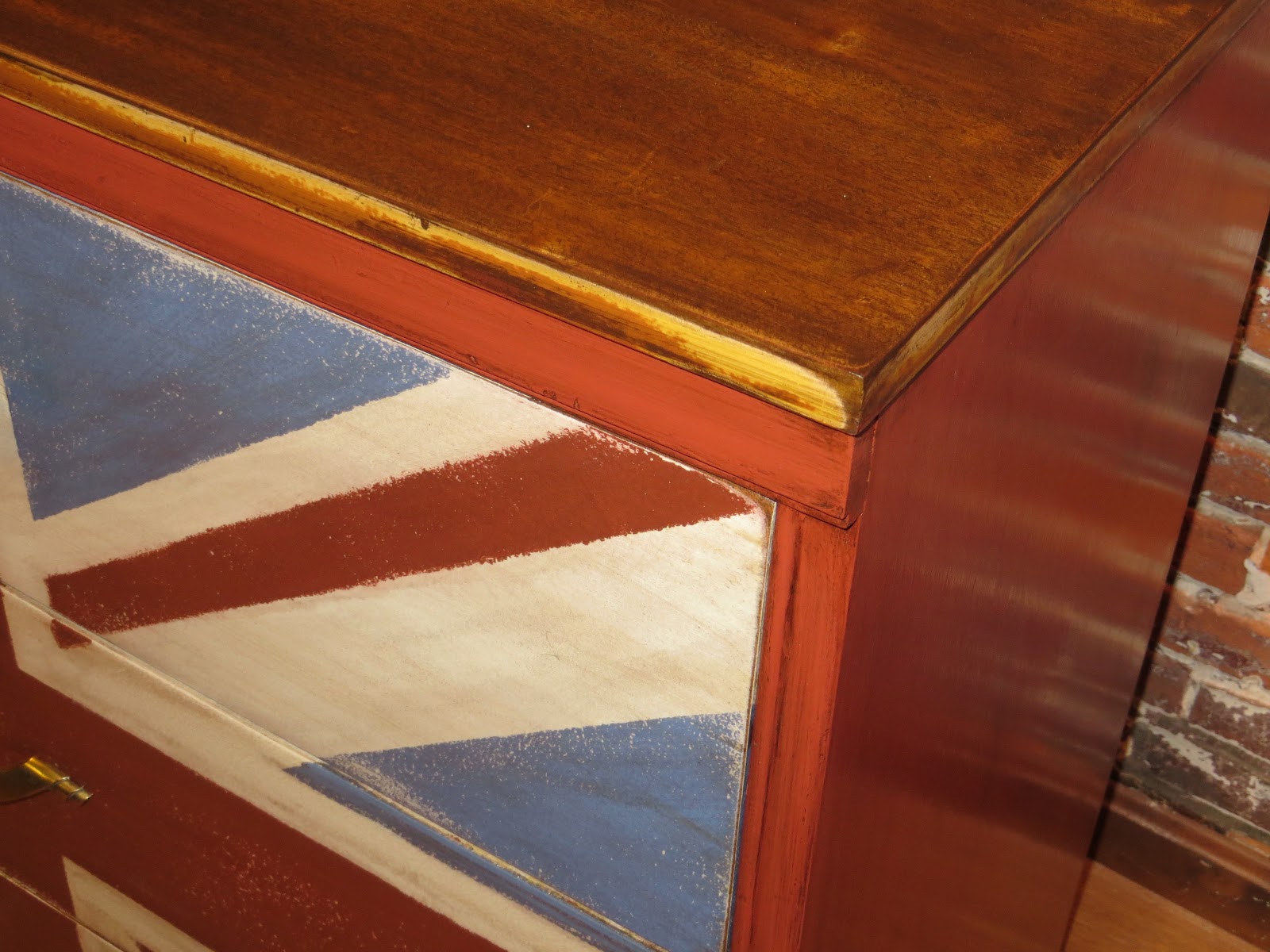 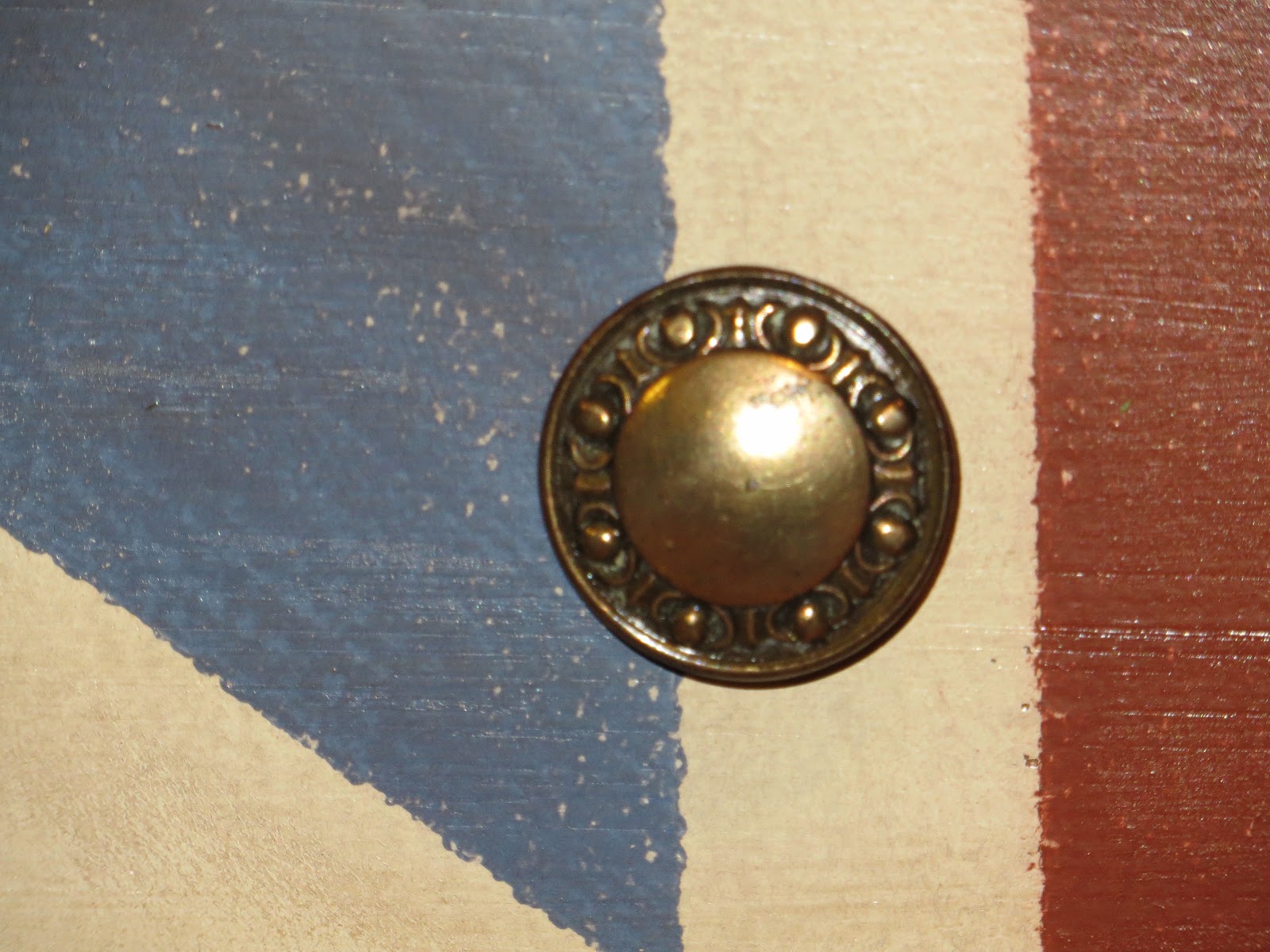 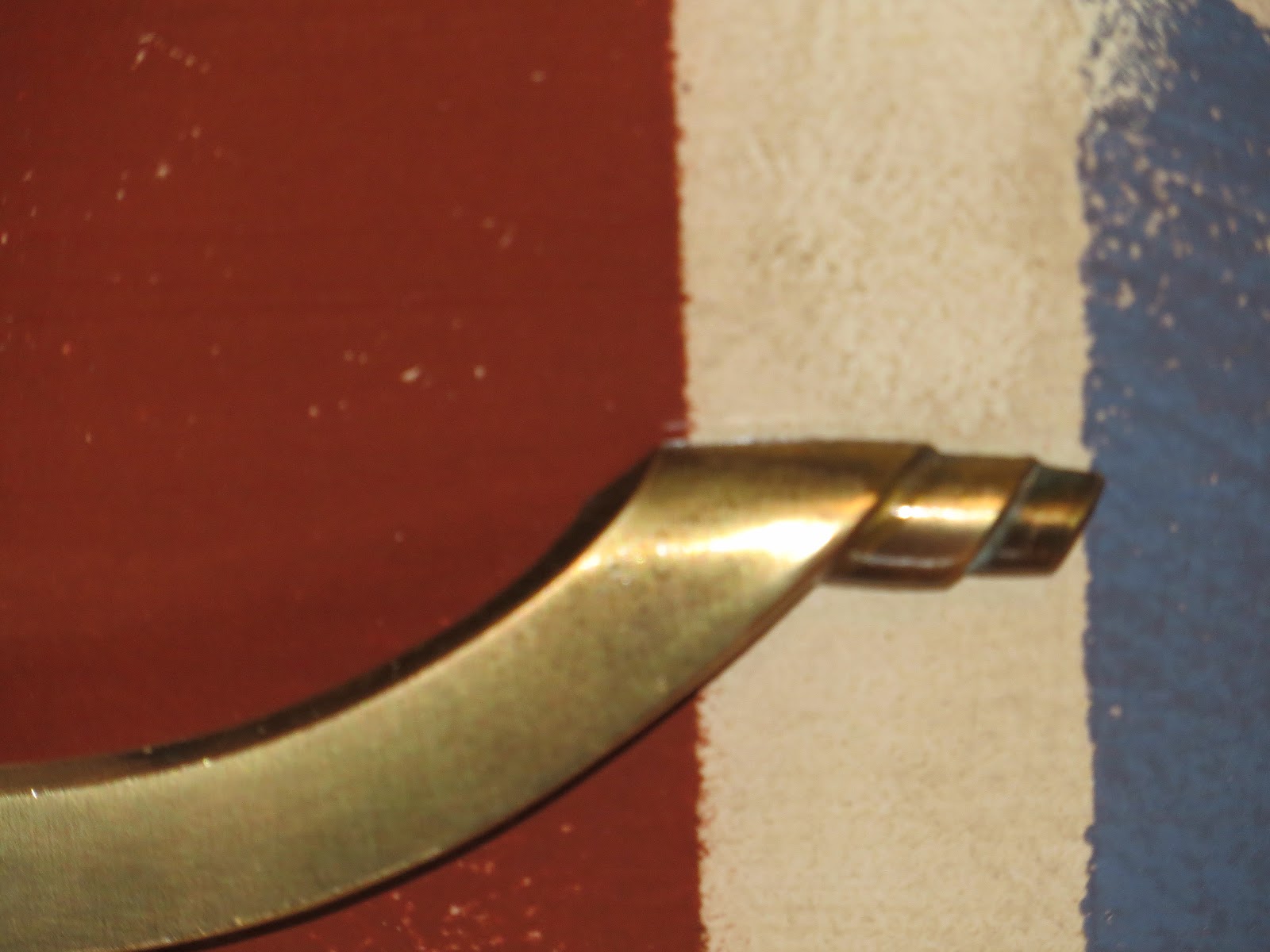 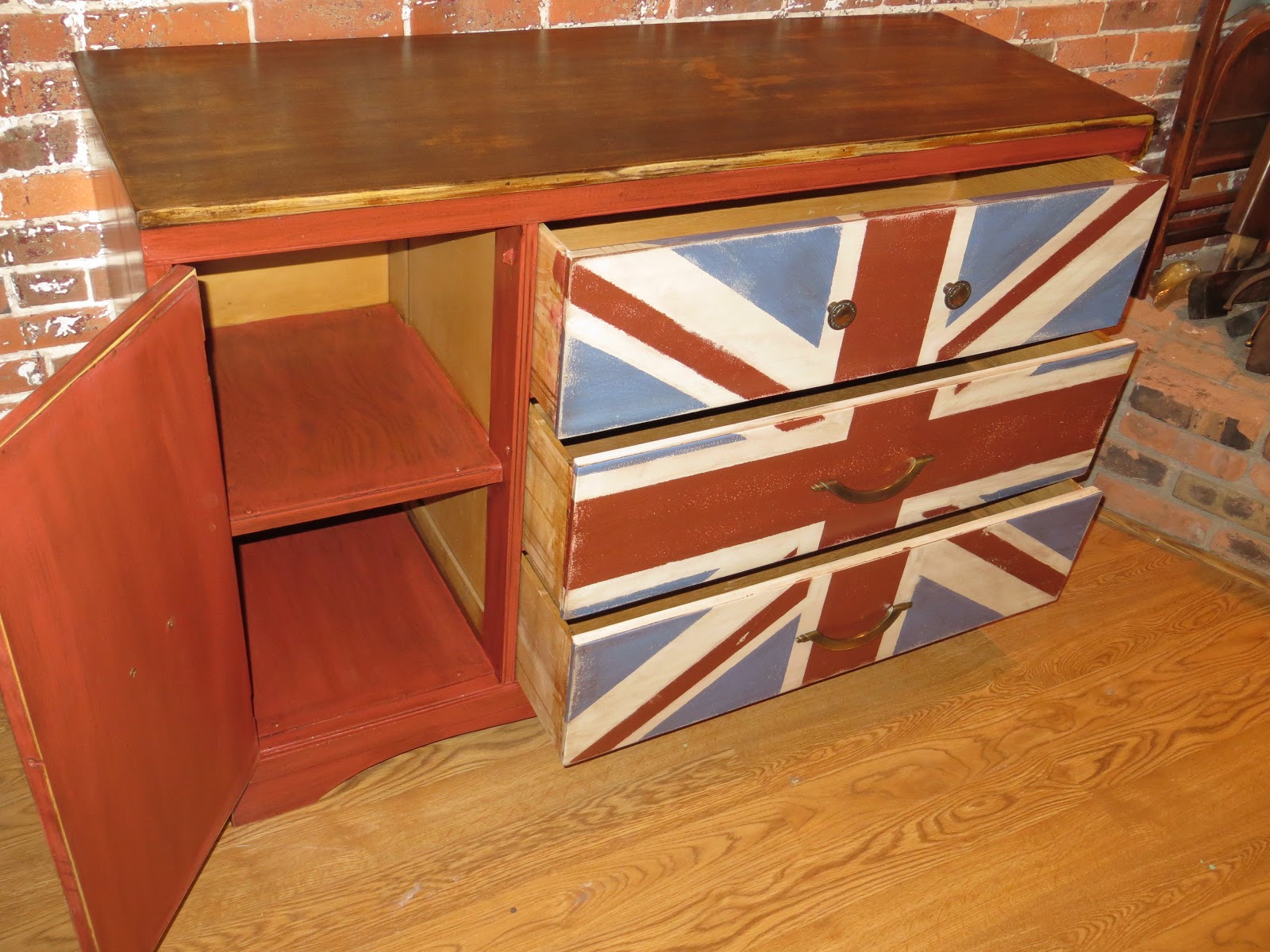 This Jack measures 50"w x 18"d x 33"h.  I see that on Etsy, a Union Jack sold yesterday.  Another one on there is listed at $1700. Yes, the decimal is in the right place. Others on blog sites are listed at upwards of $350.00.  Someone will be getting a fine piece of craftsmanship.  Not just my work-the dresser is well made and has dust boards between drawers. There is a secret built-in to the top drawer (before I got it). Doesn't the hardware look like a smiley face? This dresser is no longer available-gifted to grandson.


What can you say about a chalk and cork board that was a happy experiment?  It originally had a mirror (nice, thick and going to be re-purposed soon for another project), and a really un-beautiful Currier & Ives picture.  I wanted it to sing a different tune.  And show pizzazz.  And, be a bit turquoise-y with a hint of melted butter.  Achieved.  It is 18.5" x 10.5" and is lo longer available. 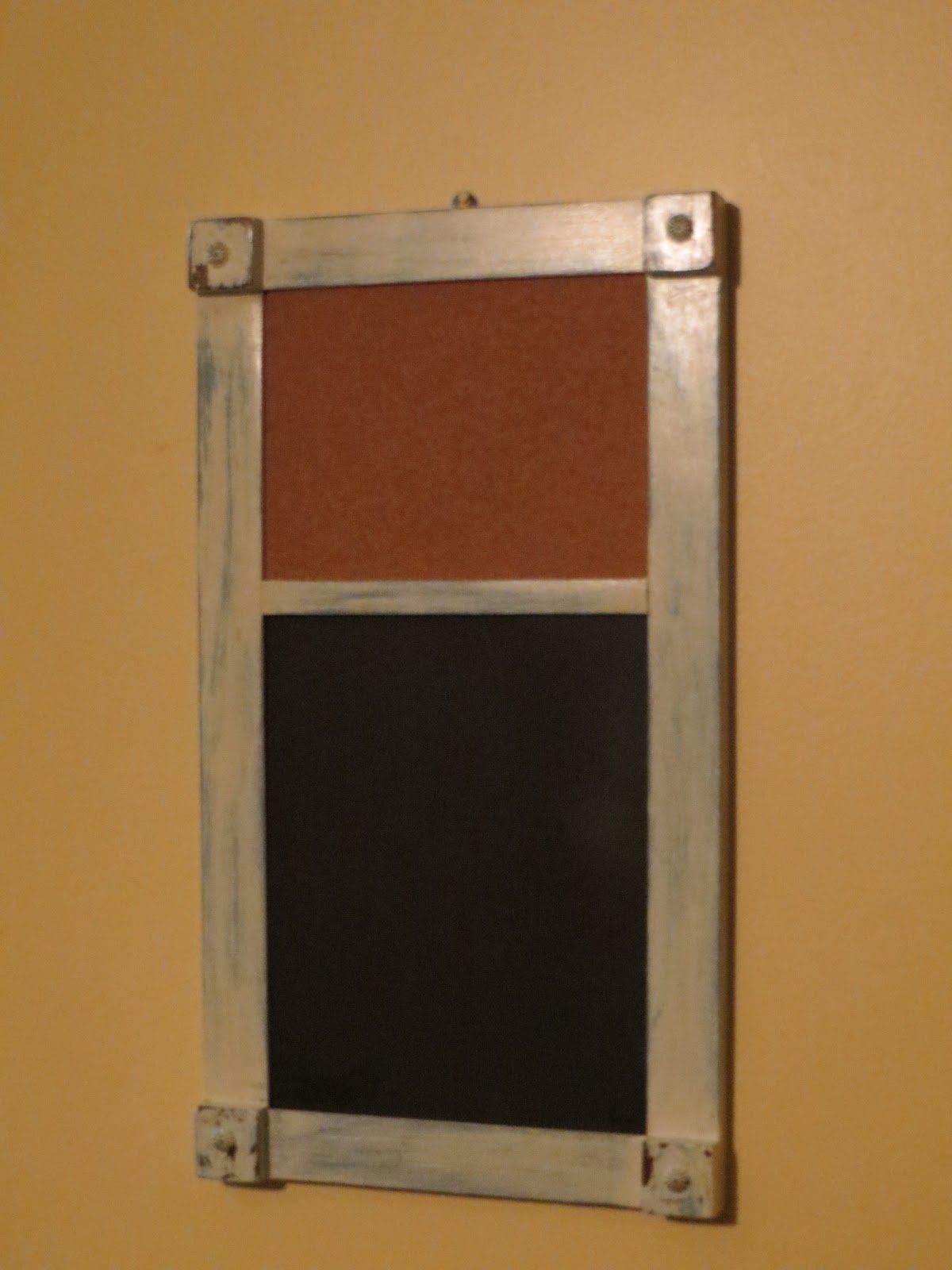 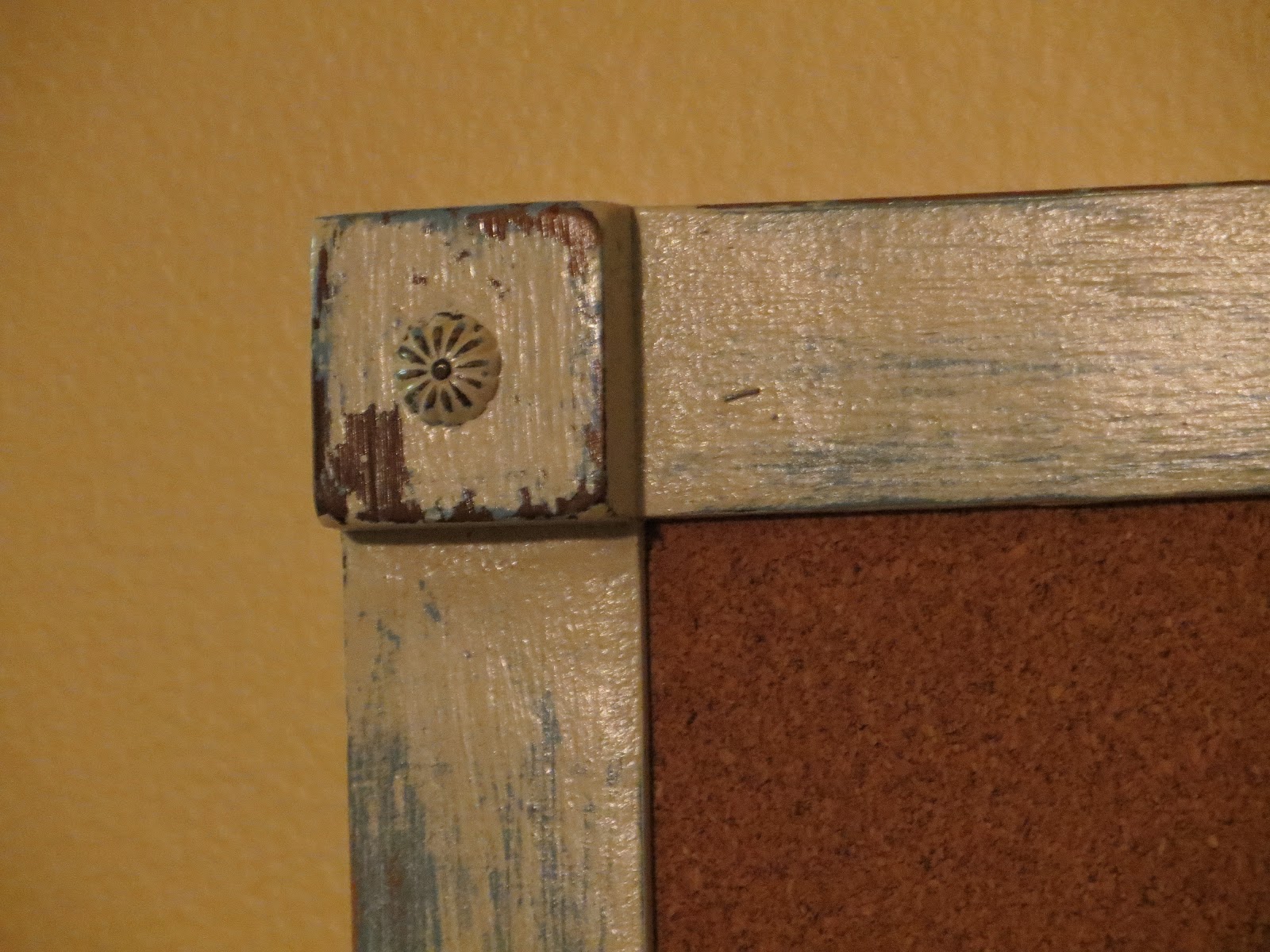 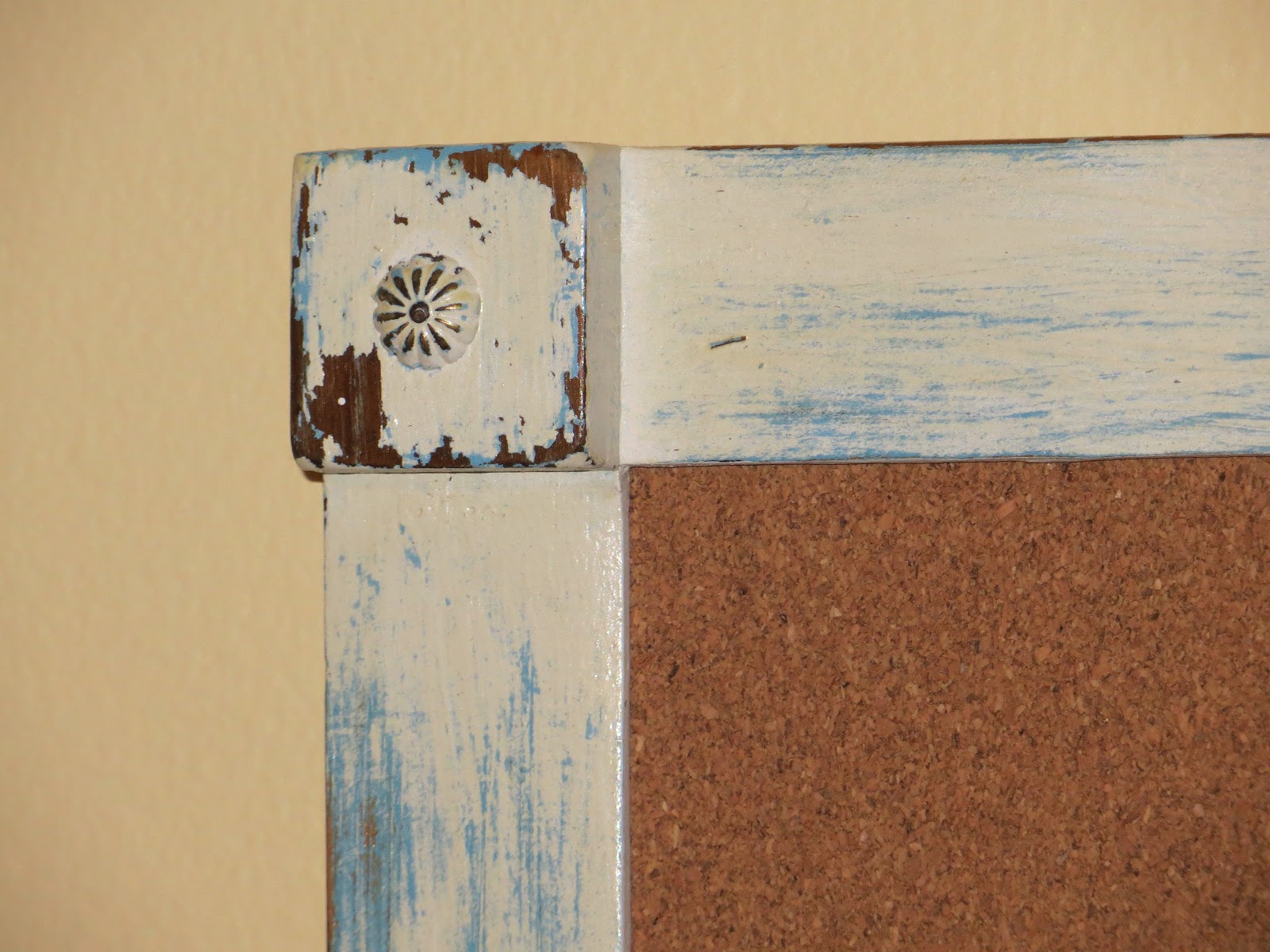 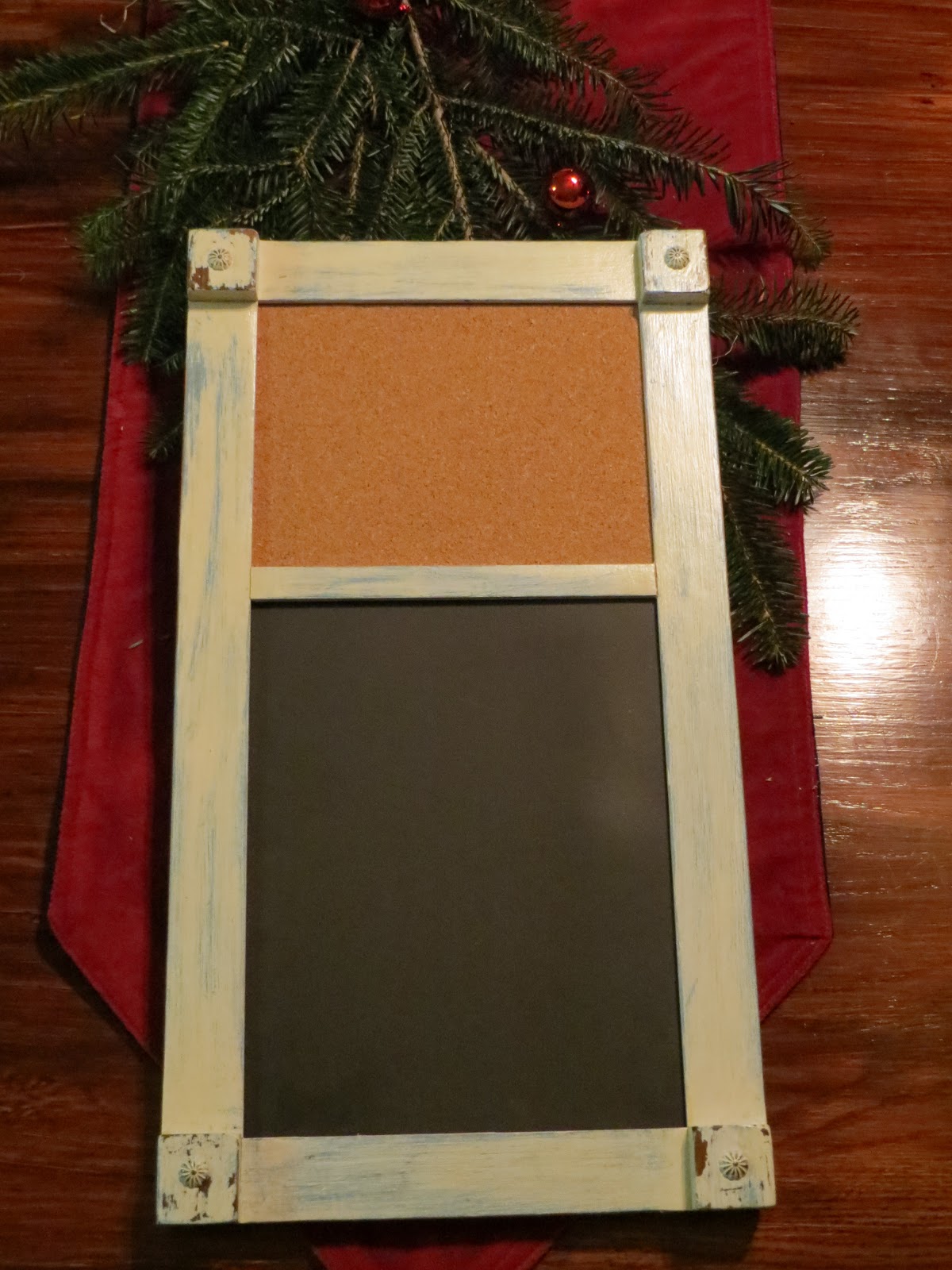 Back to the Old, Sample Wood Pella Window which is shabby chic'd with barn red undertones and dimensions are 21.5"x14", is no longer available. Bethany attached her kid's photos for a better idea of how it would look as a picture frame. 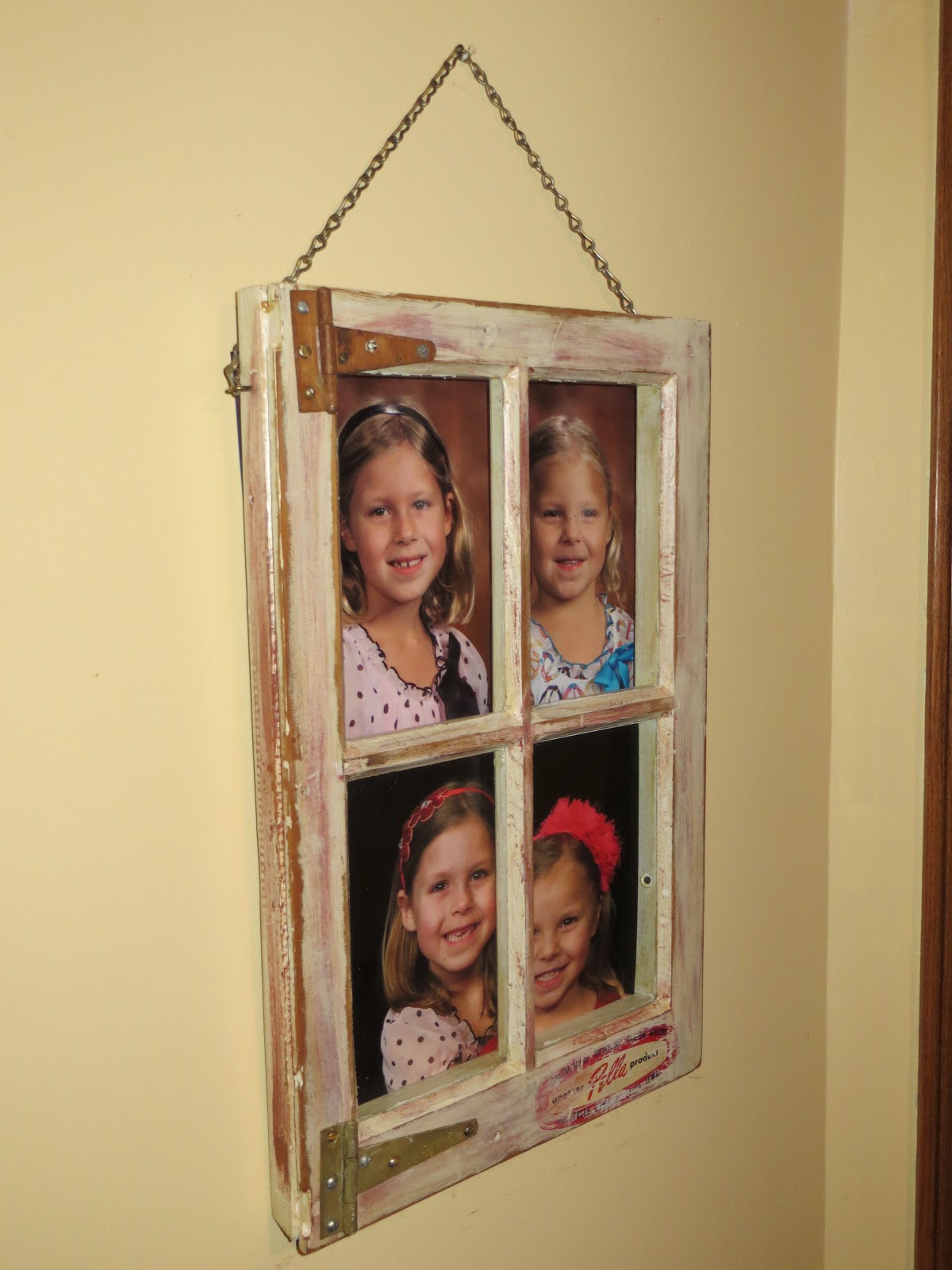 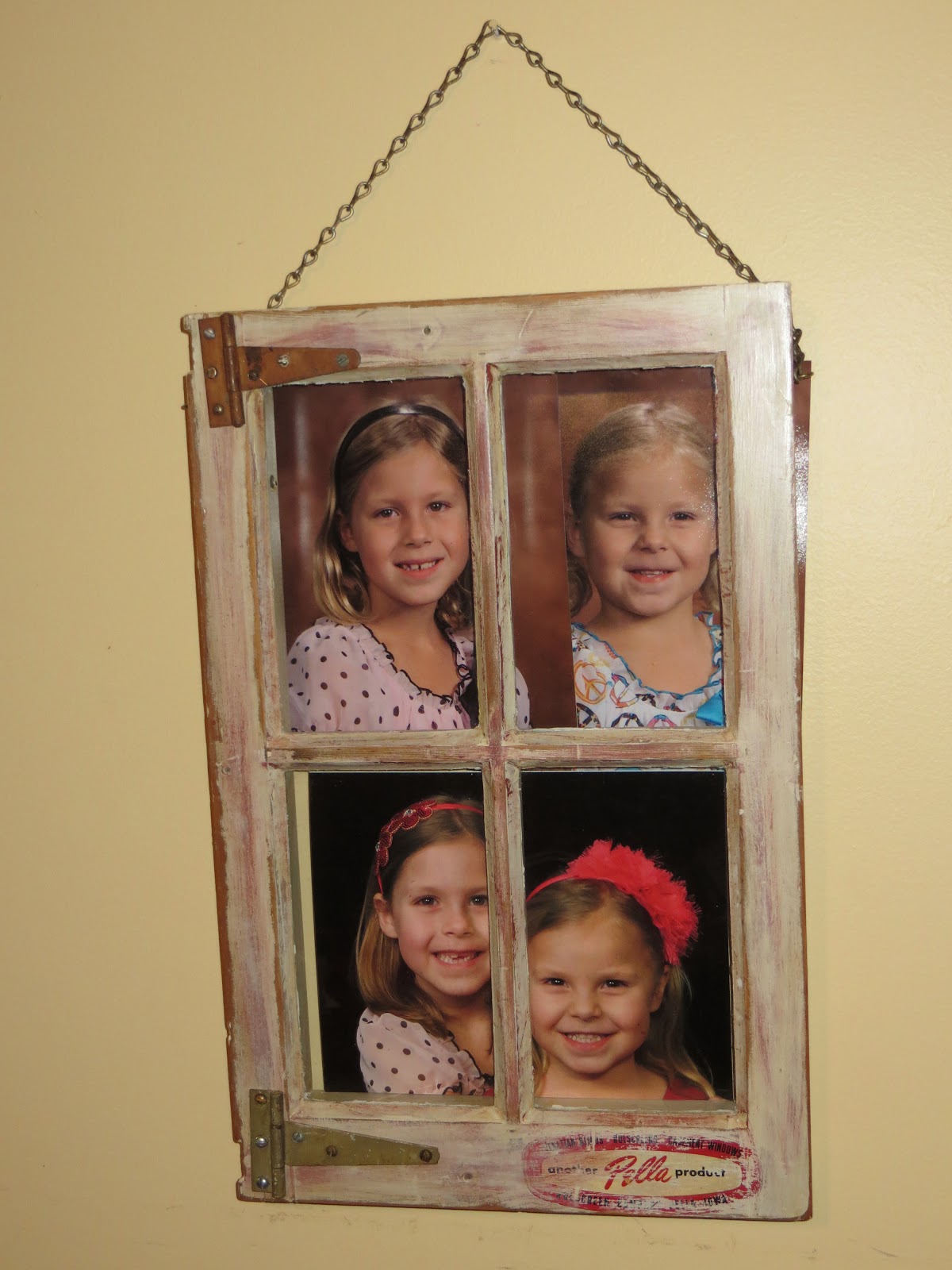 It's been a long day and I have a couple hours of sewing left, so Tarra (British for goodbye/night).

PS  I wanted to show you the picture of my Mom's graduating class so you could agree about the pretty, and the grandmothers in the class. 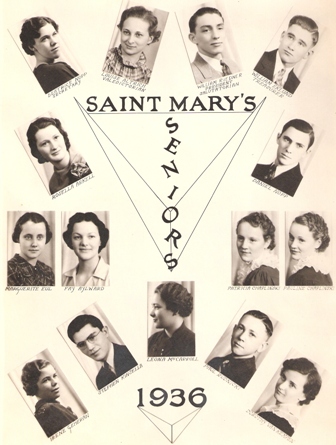