Nothing finished to show you yet, so thought I would share some recent past projects with you.  This was a sewing machine table, circa 1930's (maybe 40's). The electronics were not anything that jives with current
day electricity. [BEFORE] 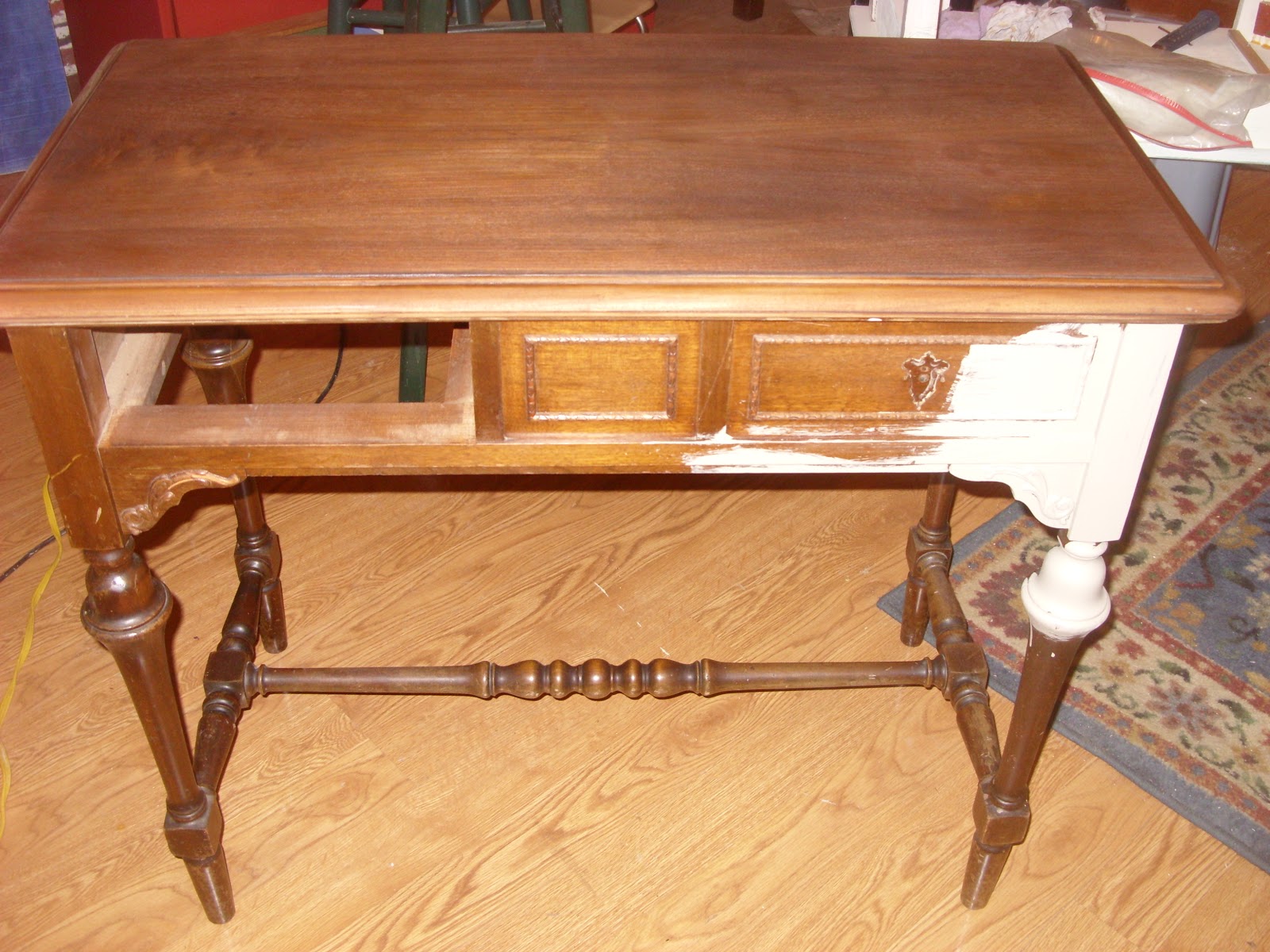 This is the AFTER look.  This piece has found a new home.  I was very pleased with the results. 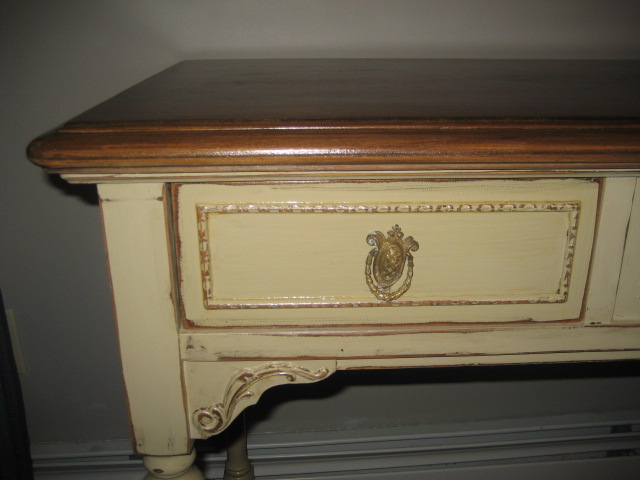 The little people's table here, had roughly SEVEN different colors of paint on it when I found it. Really odd colors, and time consuming to remove. 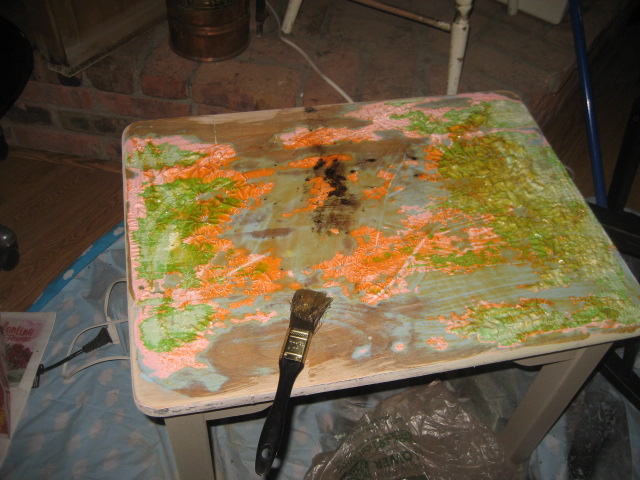 Now it looks like this, and is Emilia's new place to eat and play. 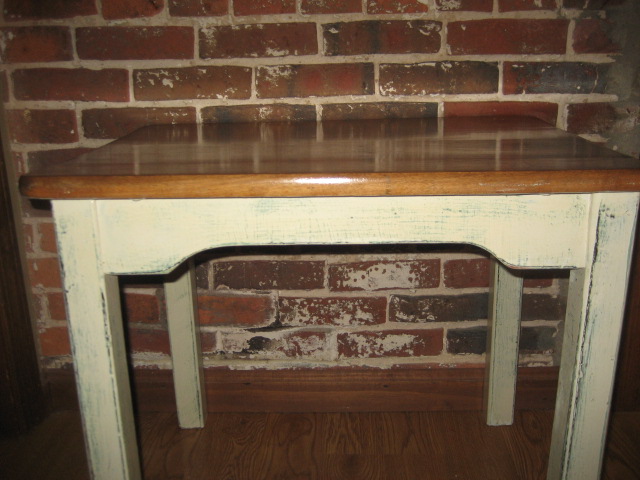 Below are some of the pulleys I got from my friend David's barn. I wish I would have taken a before photo. A recipe I found in one of the blogs I follow, made them turn out awesome.  It is equal parts vinegar, turpentine and linseed oil. If you only need a little, mix it in small container, or ask me for some.  When you shake the jar, it looks like 'melted butter'.  The smell takes me back to being in a hardware store with my dad as a kid in northern Minnesota.  Nothing like it.  The mixture really soaks into the wood and preserves it.  The sheen is rich and warm. 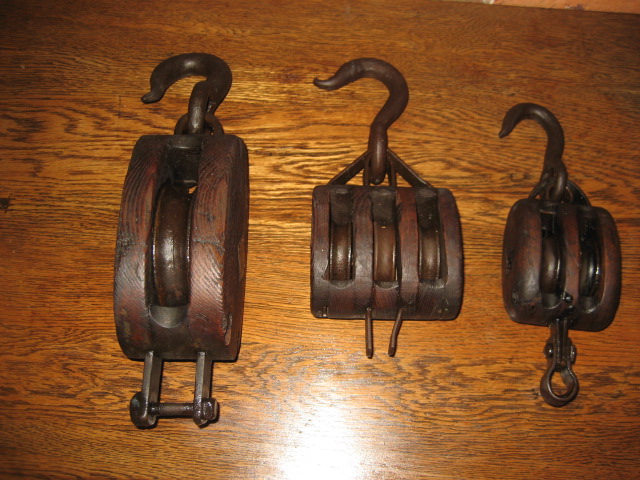 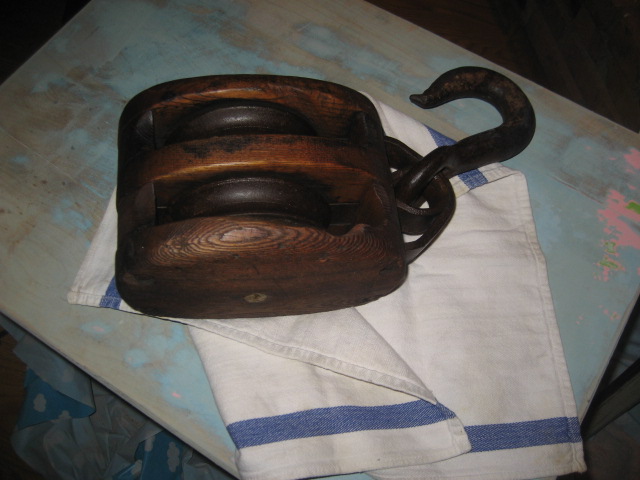 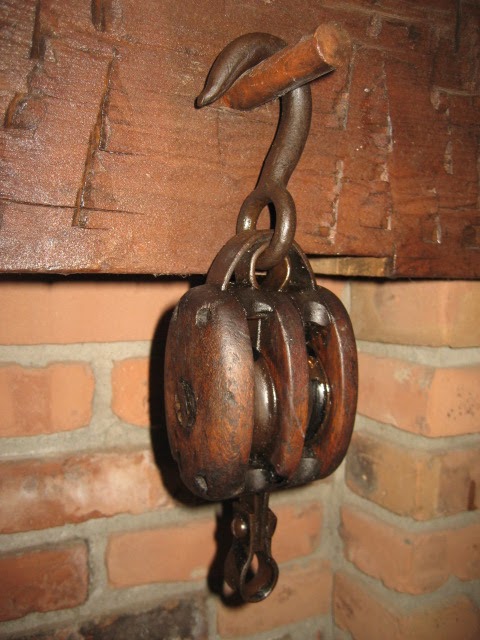 These next little bags are actually sleeves from old tee shirts.  Letters are cut off other tees and stitched on in a personalized fashion.  They are great for stashing your cell phone and cash while at the beach.  They make good on-the-go make-up bags, first aid kits, or car treat bags. The cording is made from stretched strips of tee shirting.  Fast, easy, recycled.  I'm working on 20 of them for an event on Thursday. 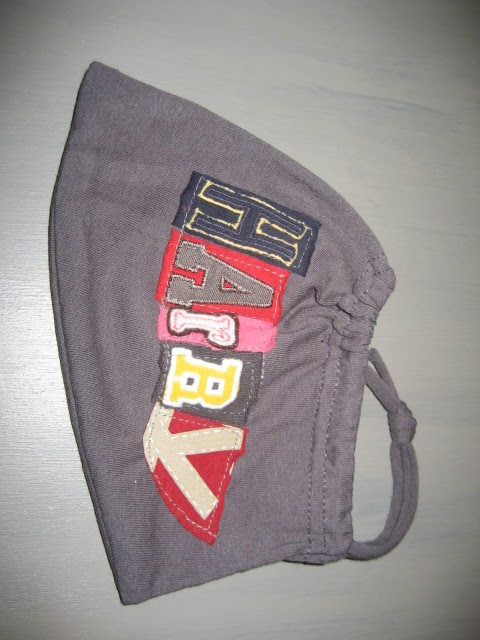 This particular bag I made for a man I met at Metro, when I had a series of appointments. Harry never spoke much, just clutched his paper bag lunch to his chest and kept his eyes down.  I left this bag with the nurse to hand to him next time he came in.  Later, she told me that he was so excited about it that he smiled and showed it to everyone he met.  Just a small gesture..... 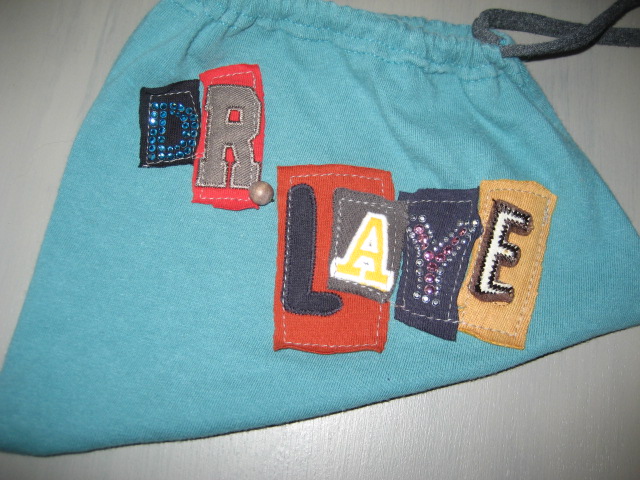 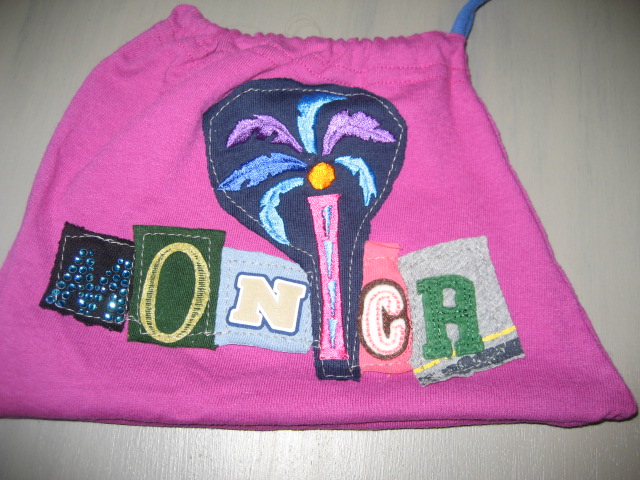 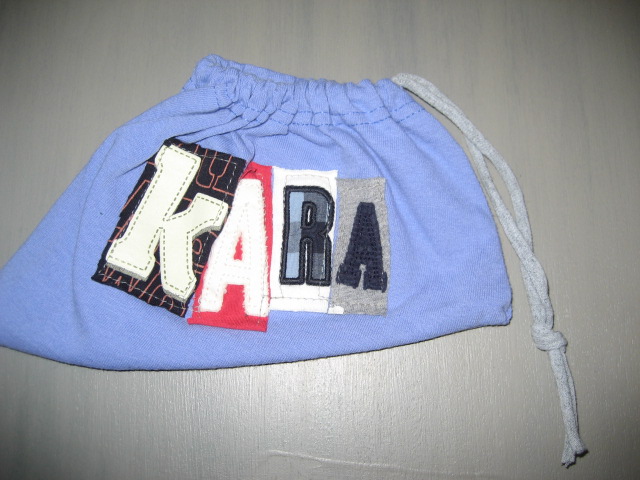 I'm half-heartedly working on a list of goals for 2013.  I didn't do very well with my 2012 list. In fact, I don't
recall doing one thing on it. In retrospect, it was serendipity-going out looking for something that you think you want, and finding something far greater in the long run.  I wish for all of you out there-a serendipitous 2013!