a matter of life and death

Amid the gale winds, we returned to Cleveland last night, from an awesome weekend in Baltimore of welcoming Josie home from the hospital. Born at 1# 9 oz, 13 weeks ago, she is now a stalwart 5# 14 oz. 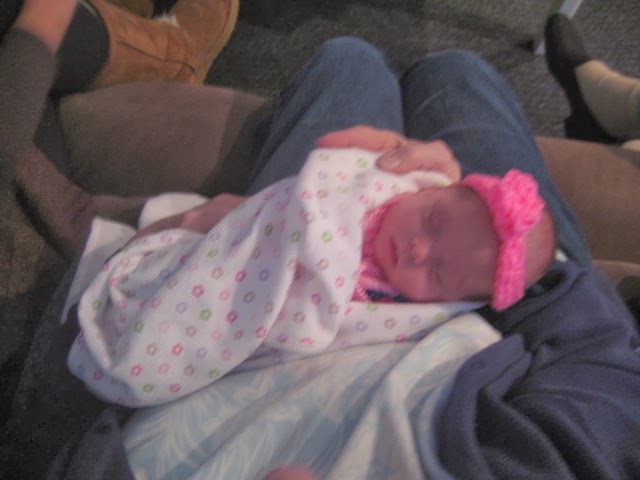 Here she is, asleep in the arms of her Grandma Joan. Perfectly angelic, and angelically perfect. A better specimen of God's undertaking and science's assistance there never was.  Her career right now is to sleep and grow, and I would bet money no infant is more compliant. She is without blemish, and beautiful is too common a word to describe her. Thank you, God, for her life and for answering our most heartfelt prayers. 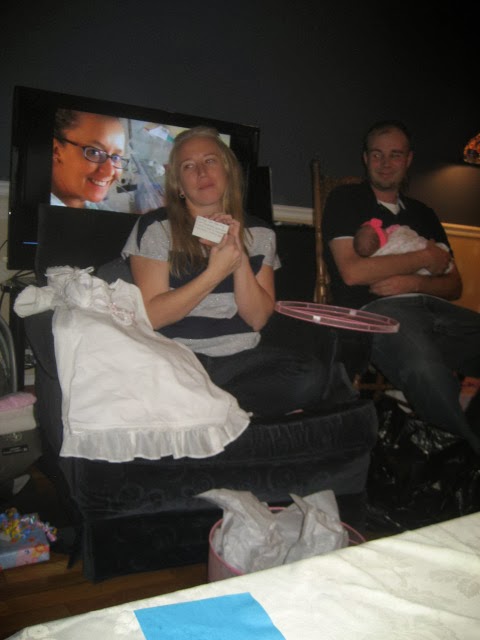 One of the special gifts was a handmade Christening gown, lovingly made by Great Grandma La Verne (the OTHER La Verne-wickedly talented). It was constructed of her Grandma Therese's wedding gown. It has a matching petticoat, hat and booties.[Playing in the background is The Life of Josie video put together by Auntie Meredith (on screen) and our resident family tech, Pete] 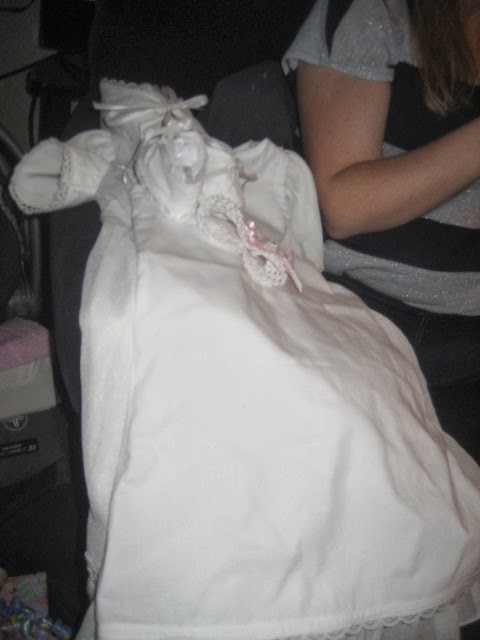 The gown has yet another chapter in its history, but that is a story for another day.

Yesterday morning, our longtime pastor, Father John Viall, went to heaven. I am sure of it. Bethany was one of the first babies he baptized when he came to St. Albert's 37 years ago. Although there were times I fought with him in my mind, he was a most generous and loving man. At a Christ Renews His Parish weekend, in November of 1976, I remember an exercise we had to do where we wrote our name on a sheet of paper that got passed around the table and each person wrote 2 adjectives that described us. Each of the team members were affirmed by the virtues attributed to us.  On mine, he wrote, "happy and hard working". I have tried to live up to that standard ever since.

The morning after Howard died, he came to our house, telling me that no further tuition was owed. Ever. Although Howard was not Catholic, Fr. Viall always pulled him into action, and he did all the plumbing at the church until he died.  I wanted to have a word with him before the funeral Mass to say, "Don't say anything that will make me break down in front of 500 people." I didn't get the chance and it wasn't necessary. At the homily, the baby was hungry so I headed to the back of church and nursed him. Fr. Viall talked about "this simple man who lived a life of joy just being himself. He offered that Howard, watching down, would say, "Is this all for me?" It was perfect. He held a wonderful repast at the church. Again. No bill.

Once, in a time of no cell phones, my two oldest children got separated from each other while traveling as teenagers in Europe and I was frantic. One leg of the trip was to stay at his home in Ireland. I called him in the middle of the night asking for advice. He answered, "Who is this? La Verne? You're worried about Neil and Alisa? They're smart kids, they'll figure it out. Now go to sleep." Click!

The week his mother died, Lori (Dessoffy) Geyer and I went to him and asked if we could form a Children's Choir. I think the only question he asked was, "What do you need?" He got us a new piano (coincidentally on November 18th) and whatever music we asked for. Although space to practice was not plentiful, we were given an over-sized closet in the basement of the church for our noontime practices. Our roster was 44 kids.

There are many other events where he intervened in our family's lives, which has made all the difference to our betterment. A favorite homily of his was to strive to be perfect, as our Heavenly Father is perfect. I would think that is still his mantra, in heaven in audience with the perfect Father. We never thanked him enough. No one could.

Rest well, Father John Leonard Viall. If I were to write adjectives next to your name now, they would have to be....Kind and Faithful Shepherd. 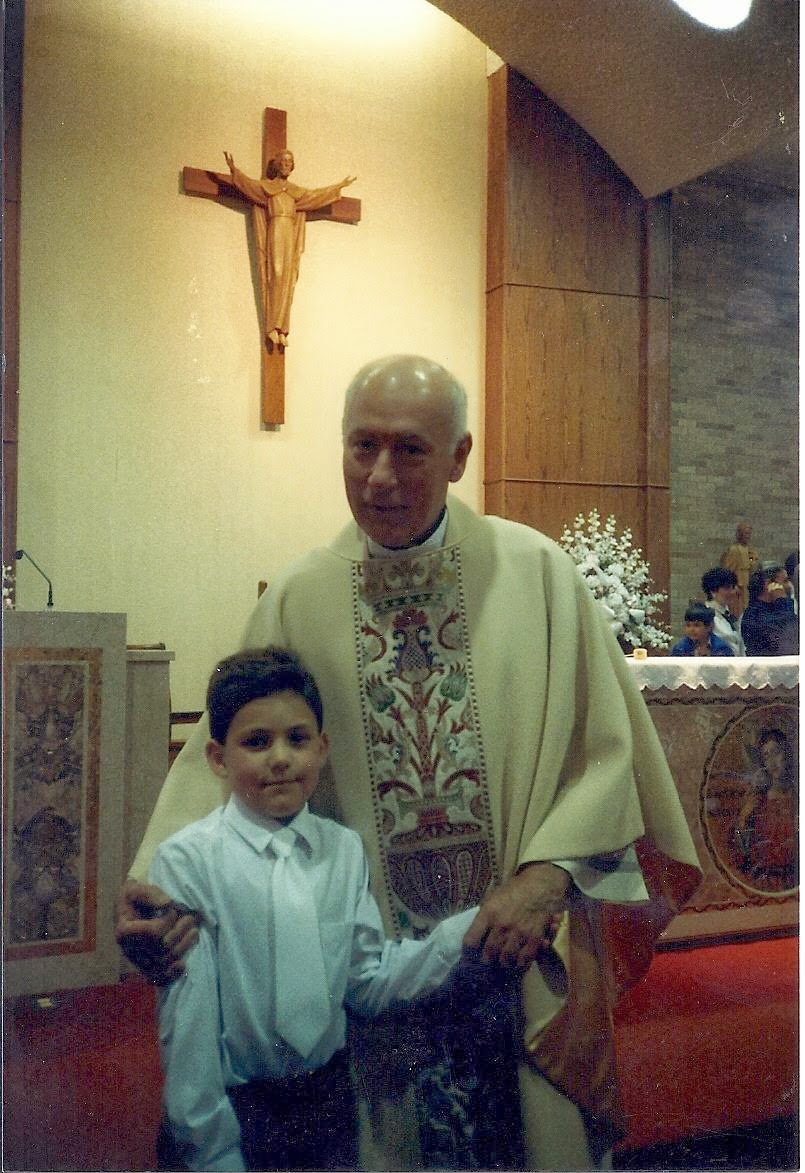 Here is Fr. Viall with our Andrew at his First Communion. [photo damaged in house fire]