Blessings out the wazoo

This past year has been pretty eventful-families moving back home, 4 babies were born, new careers started and others in limbo, and 2 off to college. The only place I've blogged is in my mind. It is finally time to plant some words and paste some pictures of where we've been and where we're headed.

The most joyous revelation has been the addition of our little peeps. A year ago Little Master Zayden entered the picture with his blue, blue eyes. 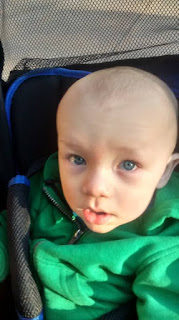 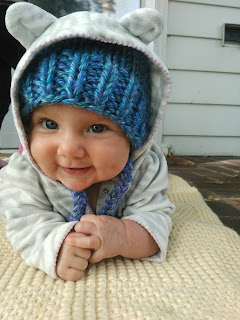 Then, the Presidential family added a Brown-eyed-girl, Miss McKinley. 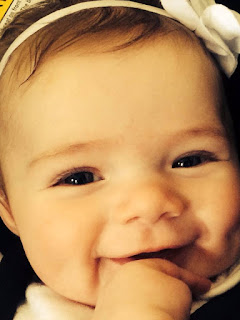 This Mother's Day, 6 weeks early, Miss Lauren Grace appeared. When she opens her eyes we'll know which camp she's in. 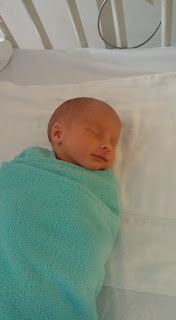 I was never a star-mathlete, but in the last 5 years we've upped our grandchildren number by 10. Not 10 in all, 10 more. All are treasured and welcomed.  I think for a while, we are going to rest on our Laurens!

A few days after Christmas, our good friend and Lucy's Grandpa John, left us suddenly to join her other Grandpa Howard on Grandchild-Skywatch duty. He is missed here terribly. 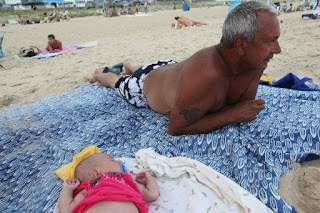 
Our Tommy just finished his first year in Ohio at the company store of education, Tri C, where all of us started our college. Thank God for community colleges everywhere that allow us to get our feet wet in higher learning and not break the bank. 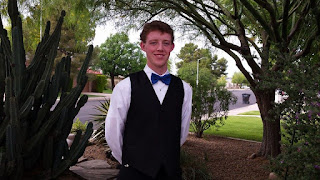 Liam just prom-ed with Gina, and in a few months is off to Ashland University with a soccer scholarship. I still remember his October game where it snowed buckets (hopeandsalvage And the boys played on) 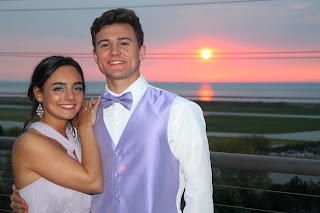 All of the other grandkids are excelling in their school-work and sport interests. Will show them in their spotlight as events occur.

Had to include this photo of Miss Kate, who in honor of her new cousin, dressed as President McKinley for a class narration. Those aren't woolybear caterpillars, they are yarn eyebrows. 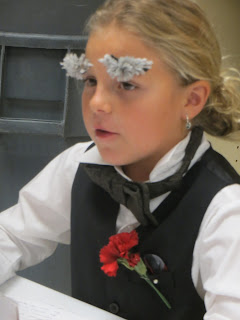 [Disclosure: All of these photos are STOLEN from relatives cameras and FB posts. My newish non-flip phone takes crappy pictures (sorry, K&C) and I don't have a hook-up to download from Bethy's old camera, so have to use what is available/purloined]
~.~.~.~.~

Amidst the move-ins and move-outs I have done some furniture repurposing. I don't get how the dictionary does not recognize "repurposing" as a word yet. Here are a few samples.... 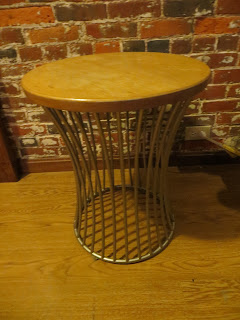 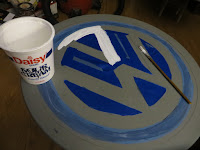 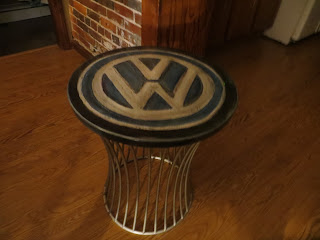 My youngest son LOVES Volkswagens. LOVES....loves. I was given two of these side tables and turned one of them into a brand name night stand. A little detail with tape and a paintbrush produced this result. 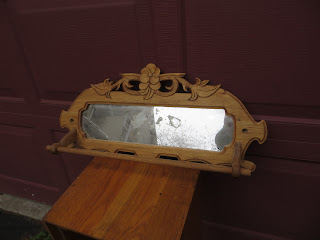 My friend Ken found this little carved mirror on a curb and passed it on to me. It now looks like this. This photo was taken by my cell phone and I told you the resolution was crappy. The best camera I ever had was a Samsung so when I chose a phone I thought it would have the same resolution. BUT nooooo. 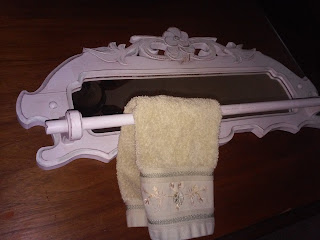 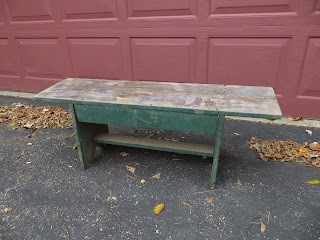 Initially looking at this Ken-find bench one would question..."Okay, dump or backyard potting bench?" 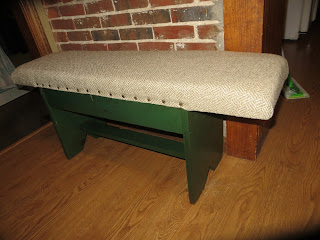 After a little TLC it found its way to my kitchen. You just have to remember NOT to sit on the edge. It has a teeter-totter effect. 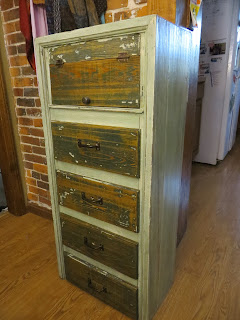 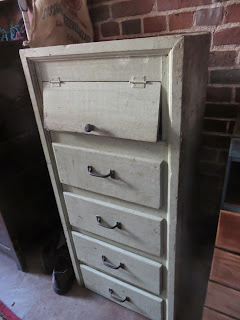 My friend Mike discovered this piece in a hoarder's house. The top door was warped it had a musty smell to it. I first gave it a Clorox shower with a scrub brush and then sanded and cinnamonized the drawers. A coat of poly finished off the interior. I exposed some of the hidden color for a more industrial look.

Note: Before I hear from all the watchdogs out there who say "You already posted this a few months ago," I answer, "So what, I'm old and I like it." 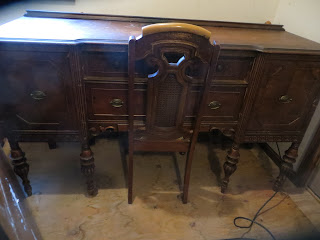 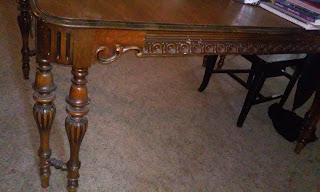 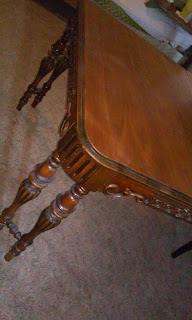 My friend Bob discovered this buffet along with a matching ornate dining table, on the curb of a house where he went to service a refrigerator. If anyone is looking for a truly magnificent matching duo, contact me and I will perform some magic on them. 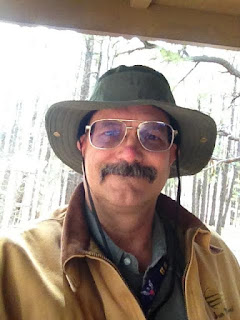 This is my brother Brian. In several states he is known as Byron. That is his birth name, and that is what I have always called him. Oh, and Uncle B, Uncle Bonneran, (not Uncle Buck). He is my 10 year younger. When a person is described as generous and would give you the shirt off their backs-this is a person that would give you his entire outfit AND pocket money to buy new underwear. He might ask that you find him a fig leaf until he gets himself a blanket though. His birthday is May 27th. He will be.....I'm not telling you that-then you will know how old I am. Have a great day B. [When he fishes, he even gives them back their life.]
~.~.~.~.~

It feels good to be back. Pray for the young ones having trouble finding their way. Too many funerals in the past week.